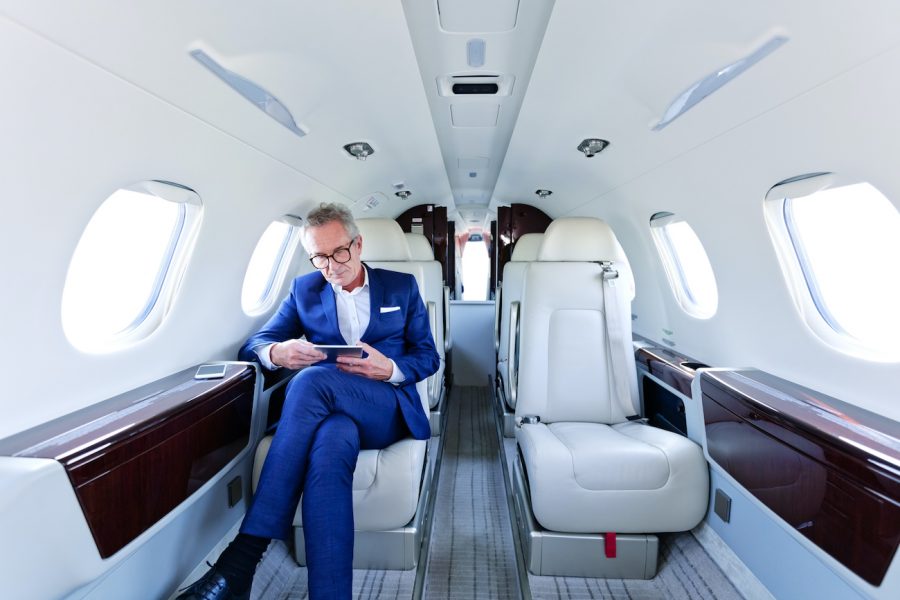 The Rich Are the Ones Burning the Planet

Research repeatedly shows that expanding inequality is intimately tied up with the destruction of the planet. We can’t save the world without taking on the rich.

France, 2018. The country is paralyzed by a huge series of protests against moves by President Emmanuel Macron to raise green taxation on fuel while simultaneously abolishing the wealth tax on the superrich. The protestors become known as the gilets jaunes, or “yellow vests.” Such is the fury that the president is forced to reverse the increase in fuel tax. Climate policymaking at its most class-blind, his high-handed move spectacularly backfires.

With Europe crippled by high gas and energy prices this winter, there are some who have been saying this is an opportunity to speed a green transition, a kind of shock treatment to get us all somehow “used” to high energy prices and being forced to consume less.

Given the suffering these dramatic increases in prices are inflicting on poor people across the continent, forcing many to choose between heating and eating, such hair-shirt sentiments seem brutal to me. I suspect they’re rarely made by those who themselves will struggle to pay their heating bills.

They are also, I think, politically crazy. We will only be able to deliver the dramatic transformation in our economies needed to stop climate change if all of society agrees and believes it is the right thing to do. It can’t be forced onto people like a dose of cod liver oil. There’s a huge risk that climate action becomes identified with a patronizing, liberal elite, and is lambasted by right-wing populists everywhere, speeding our planet faster toward disaster.

At the root of this is the failure to properly see climate change as a class issue. Climate change is almost always seen in terms of different nations, the rich world versus the developing one. If personal emissions come into it, they are invariably per capita averages for each nation.

It is true that everyone in rich countries need to reduce their carbon emissions, whether rich or poor. But national averages obscure as much as they inform. Fortunately, new analyses by a handful of actors looking at the carbon emissions of different income groups — in particular, the emissions of the top 10 percent and top 1 percent — is gaining traction.

Inequality in Emissions: What Does the Data Show?

Put simply, the climate crisis is being caused by the richest class in every country. They’re the ones who are recklessly driving us over the precipice of planetary breakdown.

An Oxfam analysis with the Stockholm Environment Institute found the following:

Lucas Chancel and Thomas Piketty carried out a similar analysis, which includes the following chart. You can see the dip for those in the global distribution that correspond to the working and lower-middle classes in rich nations. Their emissions remain too high to be in line with climate targets, but it’s notable that they were the only group whose emissions fell.

Other studies have also begun to look at microdata on the “carbon lives” of the very richest. One study examining the emissions of twenty of the world’s richest billionaires found that each produced on average eight thousand tons of carbon dioxide. For comparison, the average citizen in a rich country produces around six tons — and the amount needed to hit the 1.5 degree C global safety target is just over two tons per person. New analysis of the private jet flights of the superrich has also revealed that celebrities and billionaires emit more carbon in minutes than ordinary people do in a year.

Not only are the emissions of the rich incredibly high and growing, but the nature of their emissions is also completely different. For the richest people, most of their emissions — up to 70 percent — come from their investments. This mirrors inequality as a whole: for most of society, income is from work; for the richest, it’s from the return on capital.

People near the bottom of the income scale often do not have a lot of choice over their carbon emissions. They may be living in poorly insulated rental housing or have to drive to work because of inadequate public transport. As in every other aspect of life, the richer you are, the more choice you have, and the more agency to change your life — a rule that applies to lifestyle consumption emissions, but even more to investment emissions. You get to choose where you invest your money. The continued bankrolling of fossil fuels and polluting industries by the very rich, to my mind, is therefore completely indefensible.

Must Billions Stay Poor to Save the World?

At Oxfam, our primary concern is with those in the poorest half of society, in every county, but particularly in countries in the Global South. We want everyone on earth to have not just what it takes to survive but what it takes to thrive. Everyone has a right to safety, a decent income, good home, free public health care, schools, public transport, parks. Every family should have a fridge and a television. Everyone should have access to a smartphone, a computer, and the internet.

For some, the fear is that if we achieve that and enabled all 8 billion of us to live a decent life, we would rapidly overshoot the natural carrying capacity of our planet, not just for carbon but for other planetary boundaries too. This fear of growing populations in the Global South is often used to shift the blame onto developing countries: some argue that while the fault of carbon emissions may have historically been with rich nations, it’s now the billions of Chinese and Indian people we should worry about.

What analysis categorically shows is that the hundreds of millions that have escaped poverty globally in the last twenty years are only a small part of the dramatic increase in emissions. In fact, nearly half of the rapidly accelerating growth in total emissions — and the attendant rise in climate crisis risks and damage — hasn’t occurred to the benefit of the poorer half of the world’s population. It’s just allowed the already wealthy top 10 percent to augment their consumption and enlarge their carbon footprints.

It’s true that, if we were to stay at current levels of inequality, in order to deliver a decent life for all, global GDP growth would have to increase way beyond our planet’s ability to sustain it. Over the last forty years, every dollar in global GDP growth has seen 46 cents go to the top 10 percent, and only around 9 cents go to the bottom half of humanity. The bottom 10 percent of humanity received less than one cent of every dollar in global income growth. This distribution is so unfair and inefficient that to lift all of humanity above the poverty line of $5 a day would require the global economy to be 173 times bigger than it is. That’s an environmental impossibility.

Does this mean that the goals of planetary survival and a decent life for all are incompatible? That to save our planet, the majority of humanity must stay forever poor and hungry? Not necessarily. Everything depends on the level of inequality.

It’s been well noted that people all over the world, when asked how unequal their countries are, consistently and massively underestimate the scale of the divide. And when asked for their preferred level of “fair inequality,” while this differs between societies, the majority consistently want their society to be a lot more equal than it actually is.

A recent study in Nature took these inequality preferences and combined them with the carbon emissions required for everyone on earth to have decent living standards. They found that if societies worldwide actually matched what their citizens felt was a level of “fair” inequality, it would be possible for all of humanity to have a decent living and stay within the energy limits to prevent 1.5 degrees of global heating.

The evidence is clear that the richest people in our society are a huge part of the problem, through their unsustainable luxury lifestyles and their investments that bankroll the fossil fuel economy. A massive reduction in inequality is the only way that everyone on earth can live a decent life and guarantee the future of our planet.

A Whole New Way to Look at Fighting Climate Breakdown

Looking at the emissions of different income groups and the nature of those emissions has the potential to transform climate policymaking. To maintain any level of fairness, the richest must make by far the biggest cuts to their emissions. This is true in both rich and developing countries.

This means, for example, that we should have not a flat carbon tax but a progressive carbon tax: the more carbon you use, the higher the tax you pay. Polluting investments should have additional punitive taxation put on them or, better still, simply be banned. Luxury goods and private jets should be heavily taxed or heavily restricted. Each national action to tackle climate should be taken progressively, in ways that make the richest, highest emitters shoulder most of the cost, and in turn contribute to increasing equality, not inequality.

General increases in taxes on the richest and on wealth, as well as other moves to rapidly reduce inequality, also take on a whole new climate imperative. Our planet simply cannot afford the very rich.

This work has been made possible by the support of the Puffin Foundation.