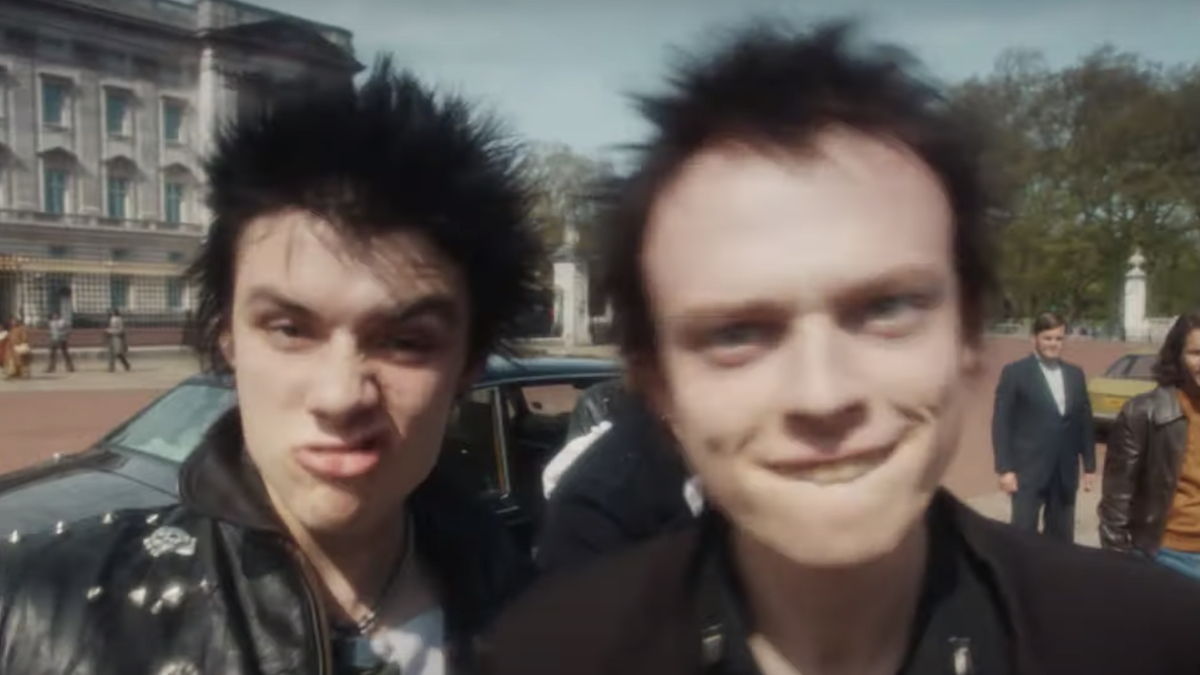 “England’s terribly boring. Nothing ever changes,” a young punk bemoans in the extended trailer for Pistol, Danny Boyle’s upcoming Sex Pistols series. Enter Johnny Rotten and company, whose “I am an antichrist/ I am an anarchist” lyrics simultaneously pioneered punk rock and triggered a moral panic across their, uh, beloved UK.

The new trailer for the FX series tracks the formation of the band, as Thomas Brodie-Sangster’s Malcom McLaren concocts the idea for a group based not on talent, but on pure spunk. “Whether you can play is not the criteria,” McLaren says. “It’s whether you’ve got something to say.”

Of course, Sex Pistols fans know their whole anarchist ethos was more bad boy posturing than anything, so when someone asks Anson Boon’s Rotten (born John Lydon) what, in fact, they want to say with their music, Rotten explains, “Actually, we’re not into music. We’re into chaos.” Watch the chaos ensue below.

Boyle directed and executive produced Pistol, which was created and written by Craig Pearce. In true Sex Pistols fashion, getting the series made became a point of tension between the band’s surviving members. Lydon tried to block the show from using Sex Pistols songs, but Jones and Cook filed a lawsuit and prevailed. Now, music in tact, all six episodes of Pistol will premiere on Hulu on May 31st.