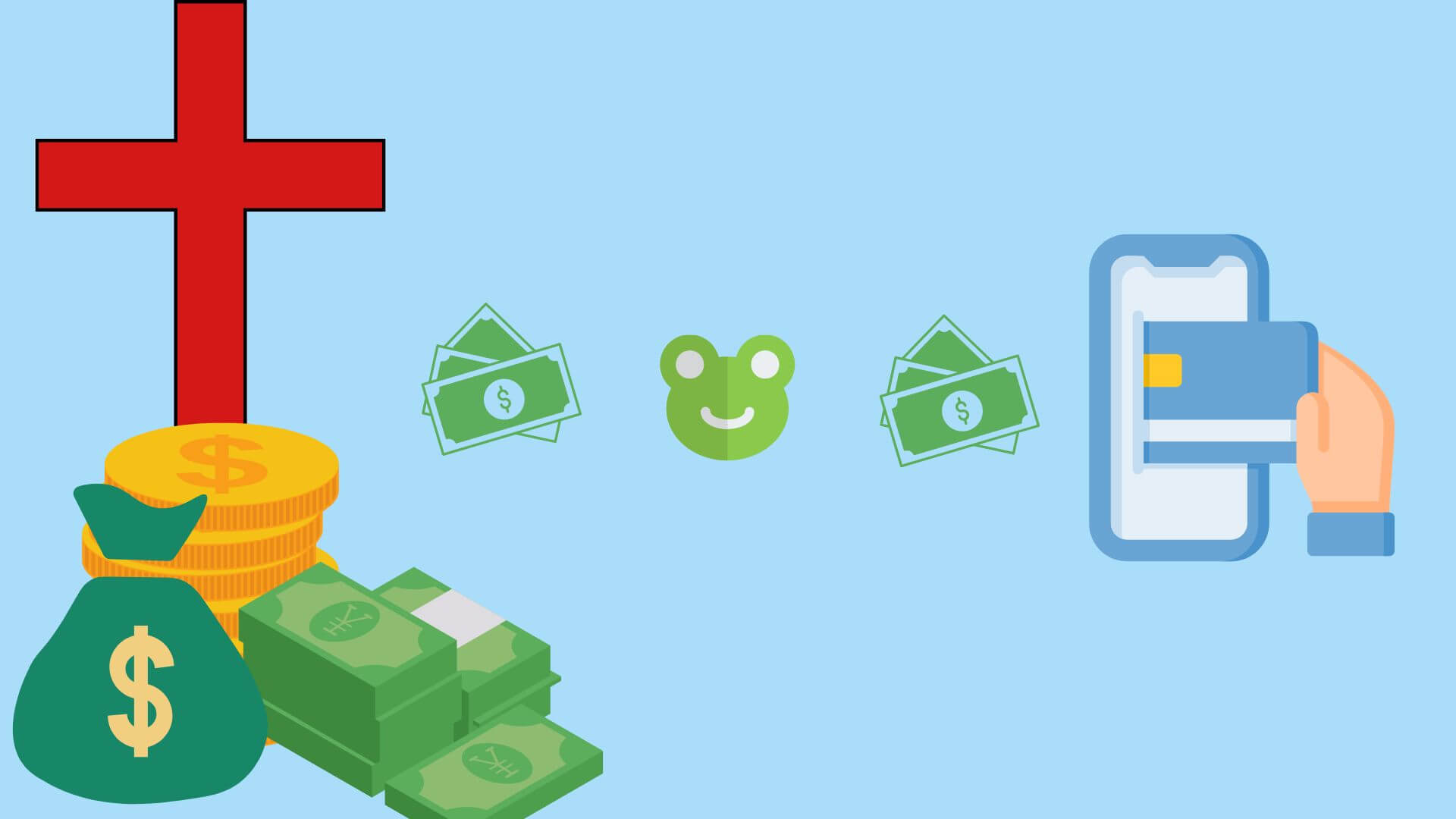 The companies that manage our money have a lot of control over our lives. Credit card providers have refused payments to adult content sites, and Venmo put donations to Palestinian relief agencies on hold during the 2021 Gaza conflagration. But when PayPal appeared to fine users up to $2,500 for posting misinformation, right-wing media outlets, politicians and Twitter users got mad.

PayPal has since released a statement saying it was an error and no one will be fined for misinformation.  But the discourse gained a life of its own and PayPal users began to leave the service. A new competitor was waiting to welcome them: GabPay, the new payment arm of the right-wing social media site Gab.

GabPay is more than just an app, though. It’s part of a larger project: an attempt to build an entirely parallel Christian economy, Christian internet and, eventually, Christian nationalist country.

Andrew Torba, Gab’s founder, thanked PayPal for sending him “tens of thousands” of new GabPay users in a post on his site.

But this is the point, in part, for Gab. Christian nationalism, as a belief system, is open about exclusion of non-Christians. “If we are going to build a Christian movement it must be exclusively Christian and we can’t be afraid to say that out loud,” he wrote on Gab’s blog.

PayPal blocked Gab in 2018 and Visa blocked it in 2020, in large part because of its near-complete refusal to moderate posts or content, including racism and exhortation to violence. Even Coinbase, one of the major sites for cryptocurrency — the main draw of which is anonymity and freedom — has blocked Gab.

A need for revenue is part of what inspired GabPay — until it launched, the only way to pay for a GabPro account, donate or buy ads, was through check or wire transfer. Now, Gab can link users’ bank accounts directly, and is charging a 1.9% fee, plus 15 cents, on transactions.

But it’s also an important part of Torba’s greater vision. Torba, 36, briefly worked in Silicon Valley before returning to found Gab in his native Pennsylvania to give conservatives — he describes himself as a “conservative Republican Christian” — a site where they could speak freely. Originally, the site was framed as a free speech hub. However, Torba’s rhetoric has shifted over time; while protecting free speech is still core to Gab’s messaging, the founder has also increasingly centered his Christianity, tying the extremist posts on Gab to a religious vision for a new, Christian-ruled society.

That society will need funding, whether that’s simply supporting Gab’s efforts — GabPay is, after all, one of the only ways to give Torba money — or donating to extremist groups such as the Proud Boys.

To give an idea of what the money might go to, when I opened up the site to write this piece, one of the first posts I saw, with 1,500 likes, explained that any hatred of Black people and Jews isn’t racist because it’s based on “their behavior,” not ethnicity. Many of the replies took issue with this position — because it was not racist enough. As one person succinctly put it in the comments, “Jews are inbred parasites.”

An email from Gab to its mailing list framed GabPay as a question of freedom — specifically freedom from Jews. It reminded users that since 2021, the Anti-Defamation League has partnered with PayPal in order to better understand how extremism is funded. Torba linked to an article that defined the ADL as a “far-left hate group.” In a different blog post, he referred to the ADL as a “Jewish Nationalist” group.

GabPay joins the site’s other entries into the Christian economy: its social media site, a cloud service and server farm, a blog purporting to be a news site, its very own ad sales system, a marketplace site, video-conferencing, an encrypted messaging app and video hosting on a YouTube analogue. (The marketplace features merch emblazoned with an American flag redesigned to replace the stars with a cross, as well as Torba’s new book on Christian nationalism.)

As of this past summer, Gab had over five million users — far short of Facebook’s nearly three billion or even Venmo’s 70 million, but still a hefty number, and far more than competitors in the right-wing alternative social media space. (Trump’s platform, Truth Social, has about half a million users.)

Still, a payment processor is only as good as the number of people and merchants that will accept it, and as Torba said in a video on GabTV, GabPay had still been somewhat “behind the scenes” until this week.

But incidents such as Trump’s removal from Twitter — and the PayPal debacle — send Gab surges of users. While it’s unclear whether Torba’s parallel Christian economy will truly catch on, Christian nationalism is already a rising force in the U.S. Several politicians, such as Pennsylvania candidate Doug Mastriano, have openly embraced the once-fringe worldview. Mastriano and Marjorie Taylor Greene both paid Torba thousands of dollars for consulting services. (Mastriano later disavowed his connection to Gab’s founder.)

It’s always hard to get a critical mass to move people away from the ease of what they already know, so Gab and its subsidiaries may never dominate the internet or have millions of users. But with hate groups already using better-regulated payment methods to fund violence and hate, it’s clear that GabPay will increase extremists’ access to money — and with it, power.

The post This antisemitic social media site is ready to fund an alt-right Christian nationalist America appeared first on The Forward.