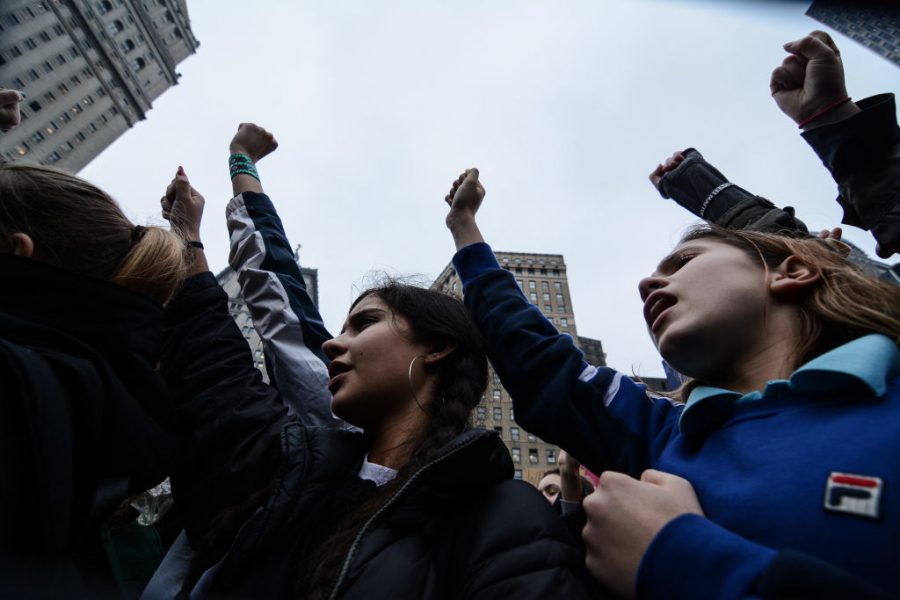 Tomorrow, Students Across the Country Will Strike for Abortion

Students at over 50 schools across 30 states are walking out of class this week for abortion rights.

When the Supreme Court overturned Roe v. Wade, Rachael Kuintzle emailed her fellow graduate student workers at the California Institute of Technology to say that she would not be attending work the following day but would instead participate in a nearby protest. The email subject was titled “Strike.”

To Kuintzle’s surprise, more than fifty of her coworkers showed up at the protest instead of going to work. So she and another Caltech graduate student began cold-emailing student activists across the country to gauge interest for a national day of action.

On August 2, fifty people from various campus groups and unions met to begin planning a mass student strike. At their second meeting two weeks later, the group officially formed the Graduate Student Action Network (GSAN), a collection of students and workers from high school and college campuses across the country trying to build a mass, student-led progressive movement. Although some local groups are in coalition with abortion-focused nonprofits, members of GSAN voted early on against affiliating the group with larger nonprofits to preserve its political independence.

A few weeks prior to the group’s founding, the Young Democratic Socialists of America (YDSA) held its annual national convention, where delegates from nearly sixty chapters gathered and passed a resolution to prioritize abortion rights. Their goal was to organize a student-led action in mid-October. When GSAN arrived at the same idea, the two joined forces to plan an action for October 6.

Both groups are placing an emphasis on connecting their demands to worker issues. YDSA National Coordinating Committee cochair Leena Yumeen (and former Jacobin editorial intern) told me, “For decades, campus activism has been divorced from the workers who make our campus run. But those of us participating in GSAN and YDSA understand that any struggle for social justice must be connected to workplace organizing.”

YDSA campaign cochair Nick Woodfin added, “As socialists, we understand how important the working class is given their leverage under capitalism, and as it turns out, a lot of students are workers too.”

The two organizations are taking a flexible approach to tomorrow’s day of action. Organizers at some schools are staging walkouts, while others won’t attend class at all. Others plan to organize a combination culminating in speakers and teach-ins.

Organizers at schools in red states are careful in their approach to the day of action. Not long after the trigger ban on abortion in Arkansas took effect, Katharine Dupree began organizing for access to both abortion and gender-affirming health care, which Arkansas has attempted to ban. Dupree, a cochair of GSAN and a graduate student studying biology, told me she wasn’t an organizer before this. University of Arkansas organizers elected to give students the option to not attend class at all or walk out during instruction on October 6.

Despite the efforts of Arkansas Republicans, who hold a supermajority in the state legislature, and the intimidation from Proud Boys, who routinely protest the area’s only Planned Parenthood clinic, Dupree remains hopeful about the prospect of change. “It has shaken things up for the university.”

GSAN has also drafted open letters to President Joe Biden and Congress, calling on the president to implement a program to mail free, at-home pregnancy tests on demand to US households; to declare a public health emergency to ensure that abortion pills like mifepristone can be provided legally by mail for free to people residing in any state, regardless of abortion restrictions; and to ensure medication providers are legally protected. GSAN also calls on Congress to federally protect the rights to safe, legal, and accessible abortion, gender-affirming health care, free contraception, and federally mandated sex education, including standardized curriculum on sexually transmitted infections and pregnancy prevention as well as consent.

With no end in sight to the Supreme Court’s continued right-wing program, students stressed the importance of continuing to organize after tomorrow. Woodfin told me, “I want everyone who reads this to ask themselves who is going to help us. Us. It’s only us. It’s always been us.”