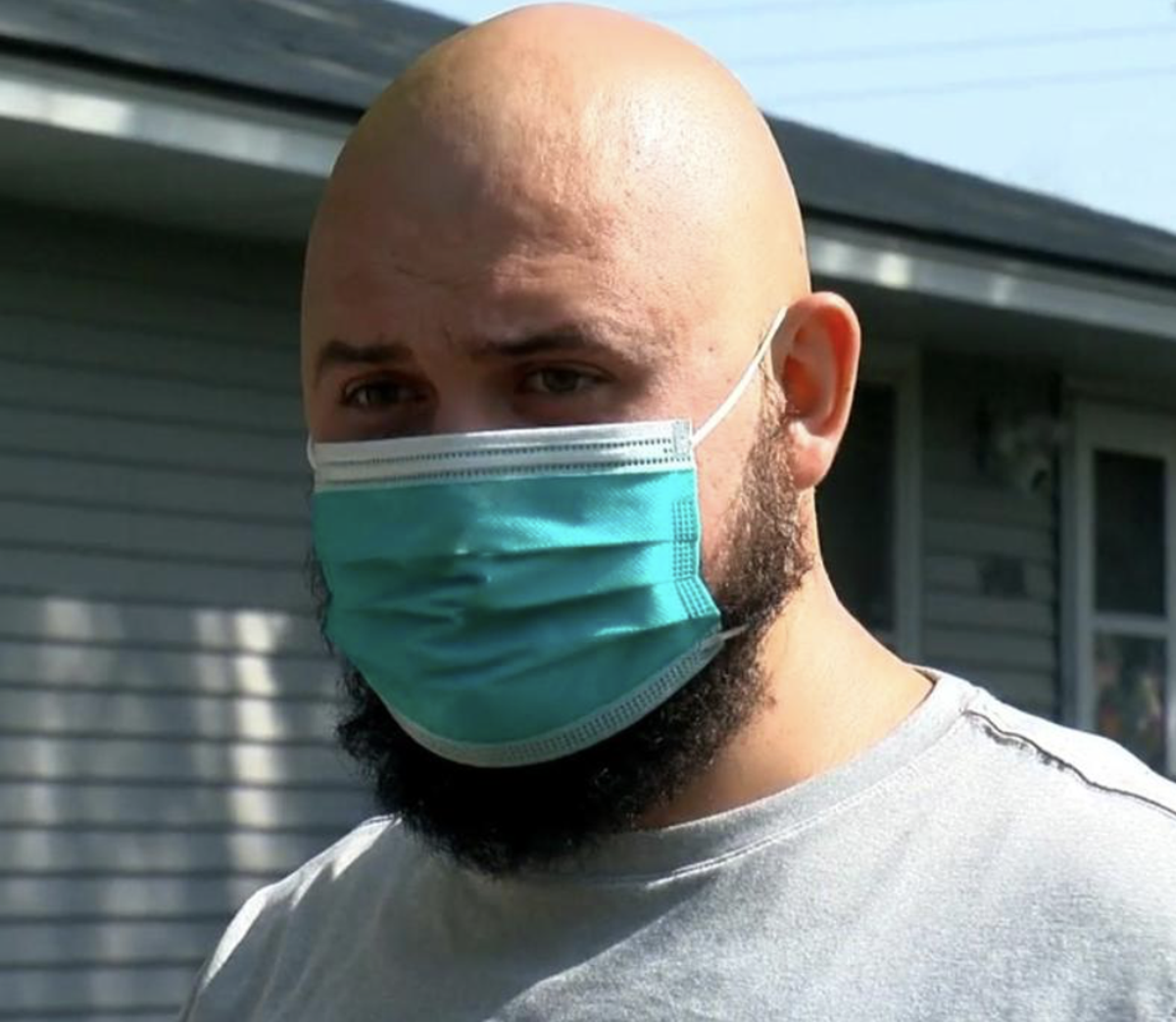 Prosecutors in Minnesota allege that a Trump supporter lit his own camper van on fire and then blamed it on Antifa and Black Lives Matter supporters, all while raking in tens of thousands of dollars in online donations and fake insurance claims.

Denis Molla, 29, told police his RV had been set aflame and house spray-painted with “BLM”, “Biden 2020” and anarchist graffiti two months before the presidential election in September 2020.

He claimed he was being targeted because of the Trump flags he had prominently displayed outside his home, and said he’d seen three people running away from his property.

“I heard just a big, loud boom, or a bang. The first thing for me was my kids, my wife. What’s going on?” he told CBS Minnesota  in an interview at the time, adding that his wife Deana, 2-year-old son and 5-month-old daughter were asleep in the home.

Mr Molla filed a $300,000 insurance claim after the alleged arson, for which he received about $61,000, and even set up a “Patriots for the Mollas” GoFundMe account. The GoFundMe collected $17,000, according to court documents filed by the US Attorney’s Office.

“In reality, as (Denis) Molla well knew, Molla started his own property on fire, Molla spray-painted the graffiti on his own property and there were no unknown males near his homes,” according to charging documents obtained by The Minnesota Star Tribune.

When the insurance company denied parts of his claim, he complained that they were trying to defraud him and threatened to report them to the Minnesota Department of Commerce and state attorney general, the Star-Tribune reported.

Mr Molla has been charged with two counts of wire fraud and has been released from custody without bail.

The FBI, Brooklyn Center Police Department and Bureau of Alcohol, Tobacco and Firearms investigated the alleged arson at the time.