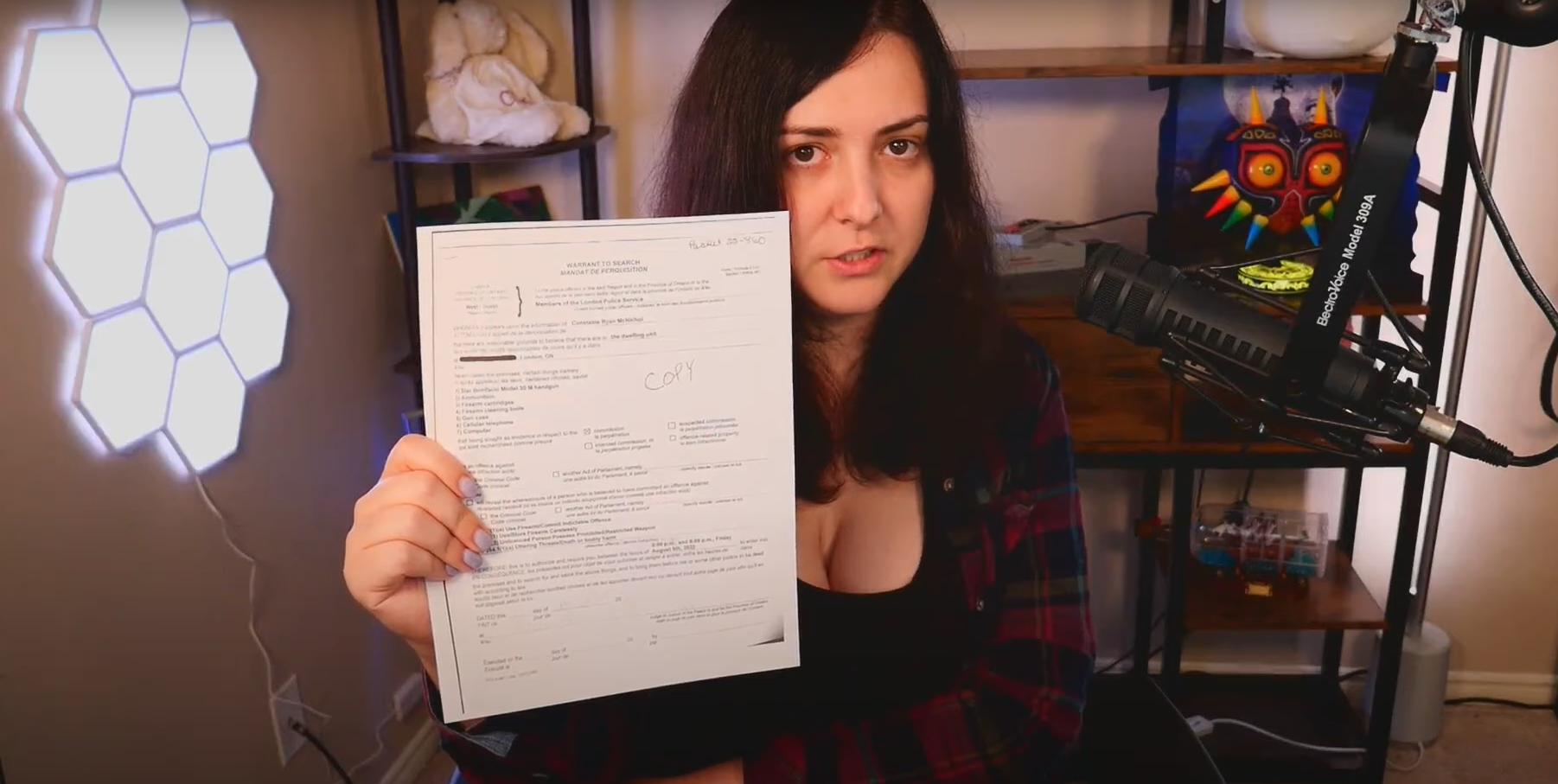 Streamer Clara Sorrenti, also known as Keffals, was arrested on August 5th after a fraudulent email was sent to every city councilor in London, Ontario saying that she intended to harm her family and members of the London Parliament. The raid resulted in her computers being seized by police, and happened amidst a wave of transphobic harassment against the streamer, which she says was further perpetrated by the police themselves.

Clara is an outspoken trans streamer who has gained tens of thousands of followers on Twitch for aggressively debunking anti-trans talking points, as well as for her ability to “ratio” notable anti-trans activists on Twitter. A “ratio” on Twitter is when a reply to a tweet gets more likes than the tweet itself. Most famously, Clara ratioed former children’s book author and current transphobe J.K. Rowling.

In addition to being arrested, Clara said that the police booked her under her deadname—which has not been her legal name in more than 10 years—and that the police referred to her by her deadname when she was arrested. In a YouTube video about the incident, Clara attributed this to the fraudulent emails sent to city councilors, which she said included her deadname in an “obvious attempt to make the police humiliate me.”

On August 5th, Clara says that the police went to perform a “wellness check” on her mother Catherine Sorrenti. Catherine says the police asked for her son, which confused her.

“They said that they came because they wanted to check on my welfare because they were … oh God, I can’t remember, something about ‘my son’ and I said, ‘my so—my nephew?’” Catherine said, according to a transcript Clara provided to Motherboard. “And I said, ‘you mean my nephew’  and then they said ‘Clara Sorrenti’ so then I knew it was you. Then I said, ‘my daughter, oh my daughter.’”

The police informed her they’d received an email saying that Clara was threatening her mother, as well as members of the London parliament.

“I just kept telling them ‘no, no she didn’t do it,’” Catherine said.

Clara’s brother, Brandon Roberts, said in the same transcript that he had previously gotten in touch with the police to warn them that Clara’s address had been leaked. He says the police told them that there was nothing they could do.

“I just mentioned it was a possibility of happening … they said ‘what are they saying on there,’ and they found the address, and they were like ‘here’s her address, have fun guys,’” Roberts said. “And he’s like, ‘that’s not threatening or anything.’ He said ‘if they’re wishing harm to you, that’s not a problem either, it’s when they say they’re going to, that’s when it starts to get into harassment territory.’ So basically, I can wish bodily harm on someone but I can’t say that I’m going to do bodily harm is the message he gave me.”

Clara said today that after being interviewed by the police, she was released with no charges.

Last month, Clara was also banned from Twitch for a month for “repeated hateful slurs or symbols.”  However, the slurs in question were screenshots of the abuse Clara received for being transgender. She said on Twitter that her account was mass reported.