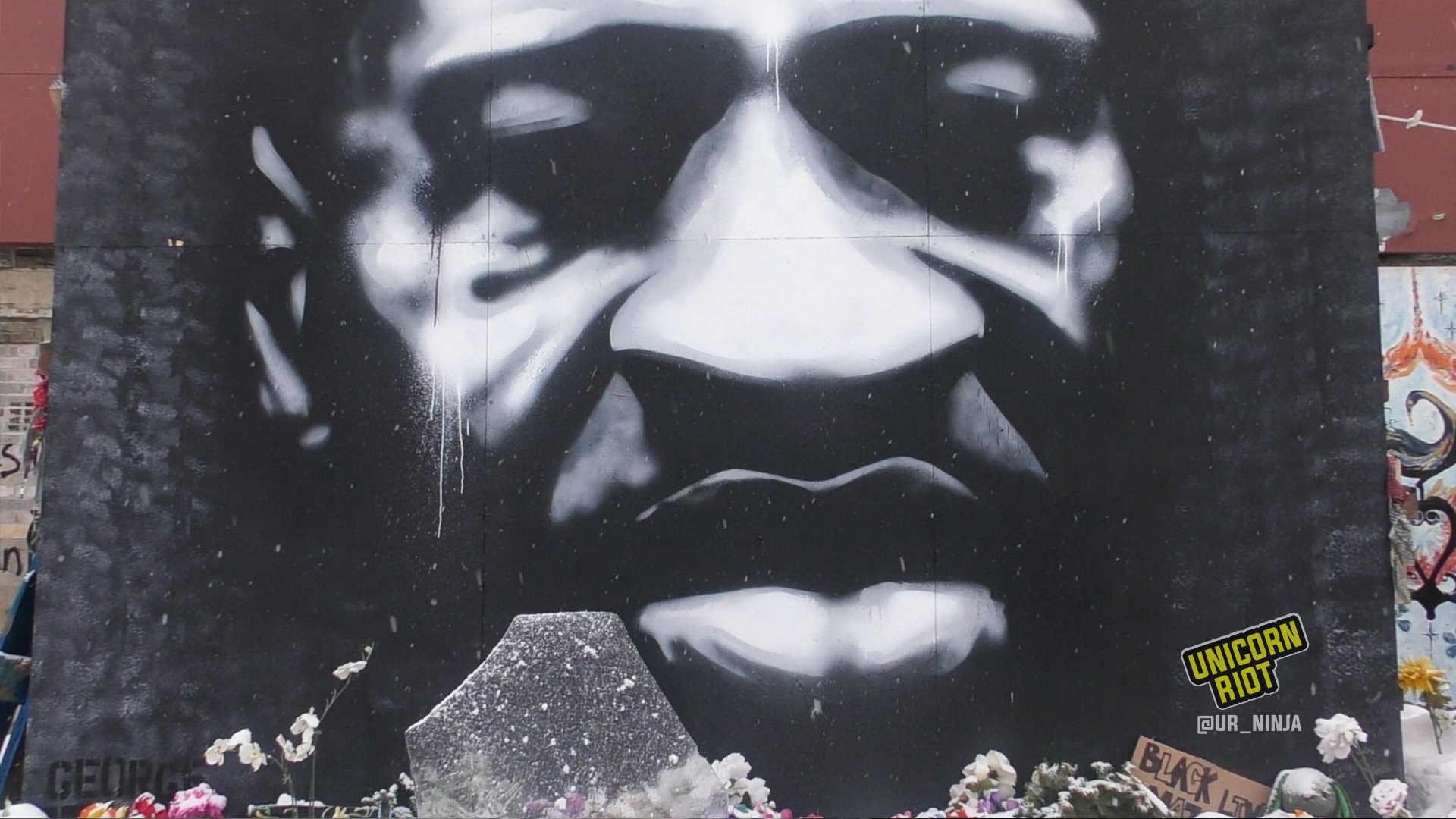 Minneapolis, MN – Two years ago today, Minneapolis Police killed George Floyd, a 46-year-old father of five, over a suspected counterfeit twenty-dollar bill. Community-recorded video of his killing went viral and culminated into what was a historic uprising that saw the besiegement of the Minneapolis Police’s 3rd Precinct by thousands of community members after days of unrest.

Several days of events are planned in the Twin Cities and beyond to commemorate George Floyd and all others killed by police, while calling for accountability and change.

This evening at George Floyd Square, we will be covering the unveiling of a new street sign honoring George Floyd, followed by a candlelight vigil at the Say Their Names Cemetery at 8 p.m.

All of the four officers involved were fired within days of Floyd’s murder, but they didn’t receive any charges until the day after the precinct was burned. In one of the first televised murder trials in Minnesota history, Derek Chauvin was convicted of second-degree murder and sentenced to 22.5 years in prison. Chauvin also pled guilty to a federal charge of civil rights violation. He’s currently in maximum security prison MCF-Oak Park Heights, with an anticipated release date of December 10, 2035.

Last week, Thomas Lane pled guilty to manslaughter and had his charge of aiding and abetting second-degree unintentional murder dismissed.

The uprising expanded across the globe, mobilizing millions of people against anti-Black racism and police terror. Despite the historic demonstrations and widely popular revolt, little to no structural changes to bring accountability for police violence have occurred in Minneapolis, nor throughout the United States, apart from the convictions of Chauvin and his co-defendants.

Today, on the second anniversary since George Floyd’s death, President Biden said amidst concern that the inspiration to fight racism spurned by Floyd’s killing was fading away, that “progress can be slow and frustrating.” He signed an executive order to create a national registry for officers who’ve been fired for misconduct, restricting military equipment use by the police and mandating federal agents to wear body cameras. The latter point was a huge topic of contention in Minneapolis a year after Floyd was killed, as federal agents killed Winston Smith and claimed there was no video of it.

See all of our George Floyd coverage below, including our Reporter Reflections series, which are mini-documentaries of the first days of the uprising.