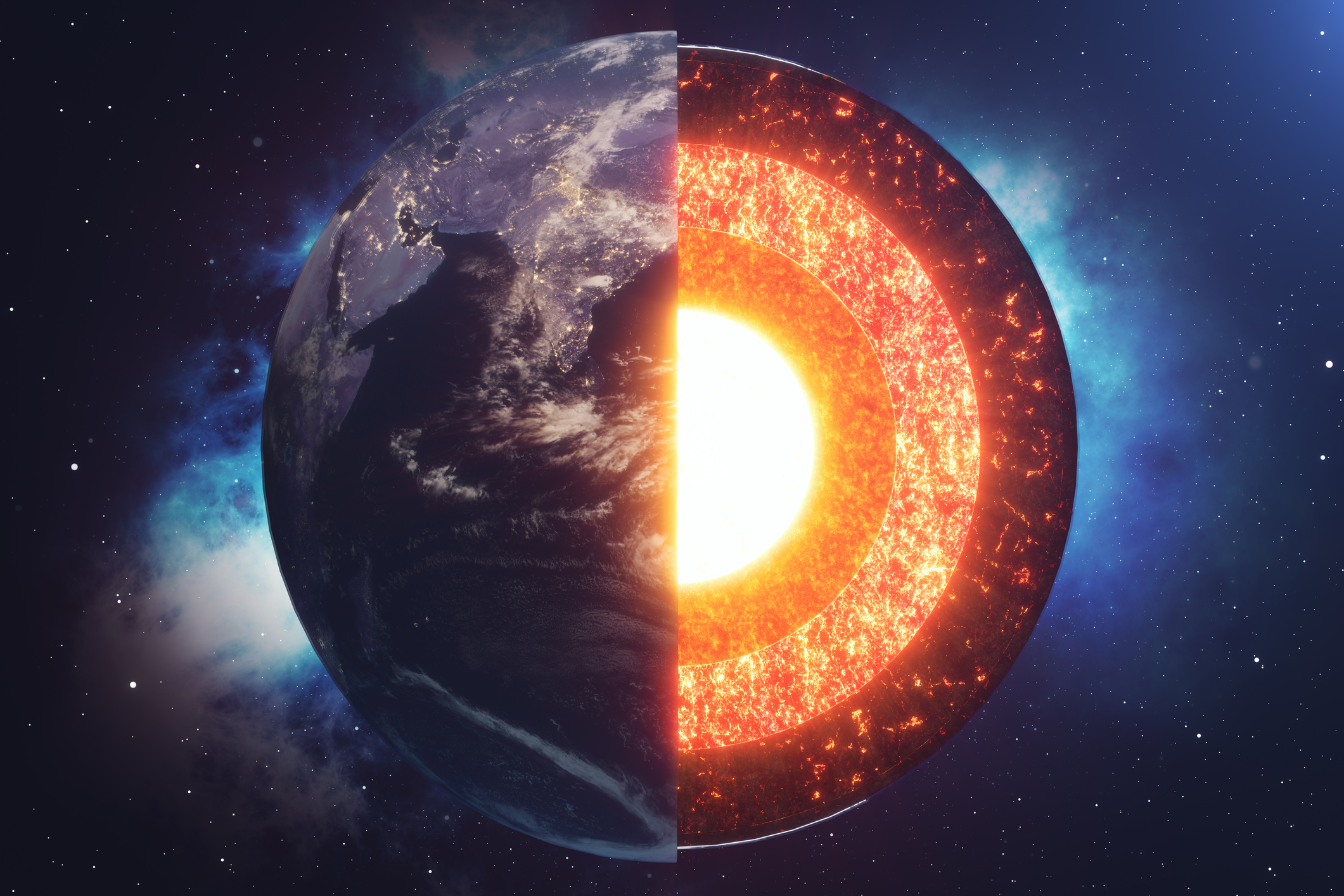 An extremely rare diamond that formed more than 400 miles under Earth’s surface has revealed that the deep layer of our planet known as the mantle may be more saturated with water than previously known, reports a new study. The results provide an unprecedented glimpse of the movement of water through the still-mysterious mantle, which is known as the deep water cycle.

Scientists led by Tingting Gu, a mineral physicist at Purdue University, studied a diamond found at Karowe mine in Botswana that originates from the lower mantle, a region that extends from 400 miles to 1,800 miles under Earth’s surface, where it meets the planet’s core.

The diamond has preserved tiny pockets of this layer, known as inclusions, that survived the long journey up from through what’s known as the transition zone to the upper mantle, and ultimately the surface of the planet. The minerals in the inclusions indicate that the gem formed “in a water-saturated environment” which means that “hydrous conditions extend at least across the transition zone and into the lower mantle,” which is deeper than previously known, according to a study published on Monday in Nature Geoscience.

“Direct samples from Earth’s [transition zone] and [lower mantle] are rather scarce,” Gu and her colleagues said in the study. “Diamonds are one of the main sources that deliver samples from the most inaccessible regions to the surface.”

“Inclusions enclosed by diamonds…indicate water saturation in the [transition zone] around where diamonds form,” the team added. “However, it is unclear whether these samples represent a local water-saturated condition or an environment throughout the region.”

This is not the first diamond that has surfaced from the planetary depths, but it has a unique combination of minerals—ferropericlase, enstatite, and olivine—that have never been seen before in one gem. These minerals were found alongside ringwoodite, a rock that is able to absorb water, suggesting that hydrous conditions may extend past the so-called 660-kilometer boundary, or discontinuity, where the transition zone ends and the lower mantle begins.

“The occurrence of ringwoodite together with the hydrous phases indicate a wet environment at this boundary,” the team said. “Although the formation of upper-mantle diamonds is often associated with the presence of fluids, super-deep diamonds with similar retrogressed mineral assemblages rarely have been observed accompanied with hydrous minerals.”

In other words, the new diamond has shown that water continues to persist into the lower mantle, a finding that will help scientists reconstruct the enigmatic dynamics of this shadowy region. The new study also builds on past research that has probed these hidden reservoirs of water, which may be comparable in volume to all of the water found in Earth’s oceans.

“The 660-km discontinuity, demarcated by the abrupt changes in density and seismic wave velocities, is one of the global structures of our planet that controls heat and mass exchange between the surface and the deep interior,” the researchers said in the study. “The transportation of water beyond this region is critical to understanding of the global water cycle, as well as the compositional nature of the 660 km discontinuity.”

“The ringwoodite with hydrous phases, reported here…indicates a more broadly hydrated transition zone down to and across the 660 km discontinuity,” the team concluded.