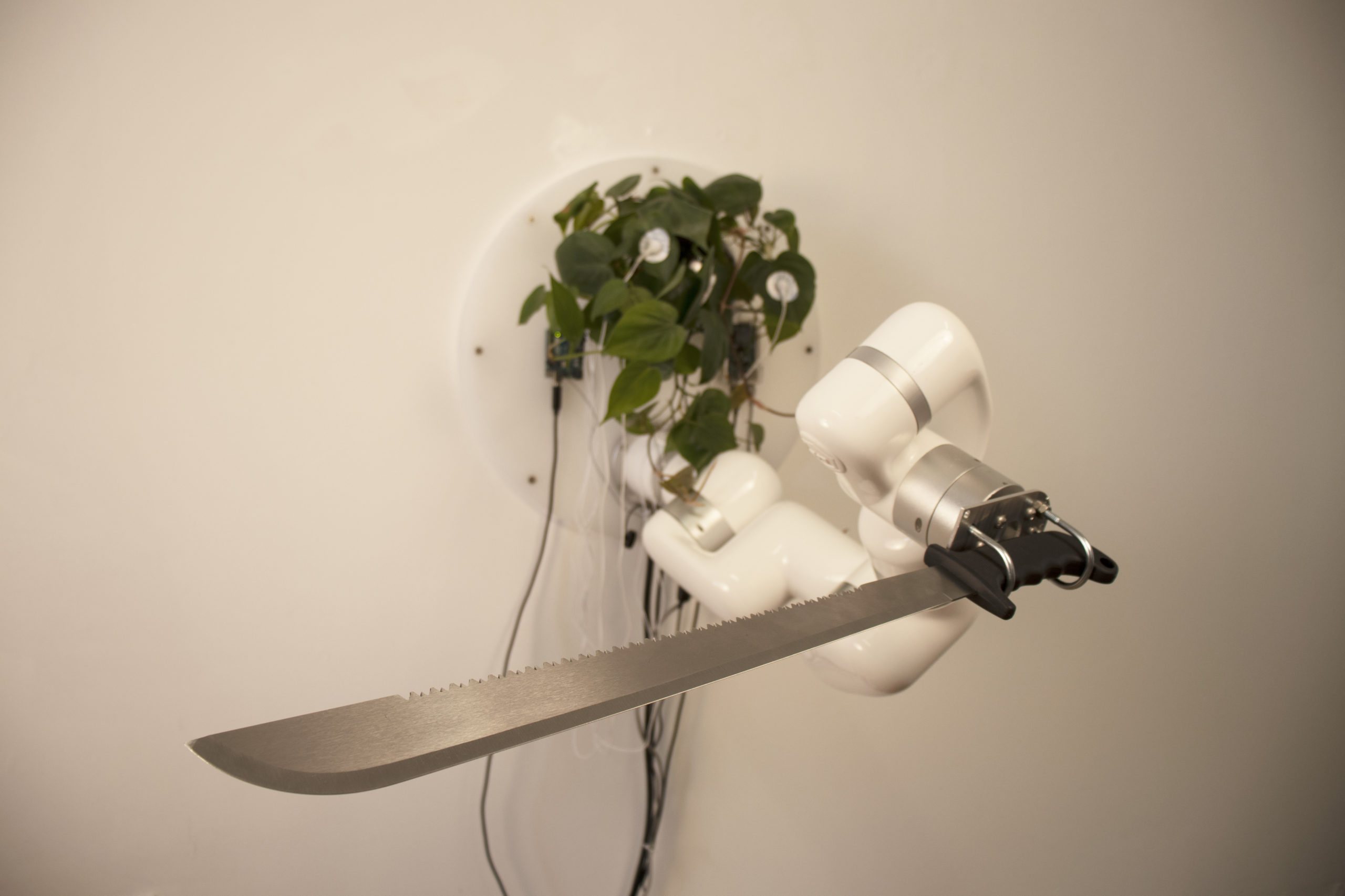 Watch Out, This Plant Can Cut You With a Machete

Not content with a world in which houseplants lack the means to defend themselves, one artist has created a robotic interface that lets plants use their biological signals to brandish weapons.

A viral video posted to social media shows a humble philodendron, a common houseplant, waving around a machete using a robotic arm. The arm is receiving signals from EEG biosensors placed on the plant’s leaves, artist David Bowen explains, which are then mapped to the arm’s motor functions, allowing the plant to control the knife’s movements.

“I was speculating on what would happen if a common houseplant was enabled to defend itself with the same device that is often used to destroy it,” Bowen told Motherboard in an email.

The project, which is fittingly called “Plant Machete,” uses an Arduino microcontroller and adhesive sensor pads to collect biological pulses from five of the plant’s leaves in the form of variable resistance data. A Raspberry Pi then processes those signals and maps them in real-time to the motor controls of the robot arm, allowing the plant’s natural biological processes to control its physical movements.

“In this way, the movements of the machete are determined based on input from the plant,” Bowen writes in a statement on his website. “Essentially the plant is the brain of the robot controlling the machete determining how it swings, jabs, slices and interacts in space.”

Bowen is not the first to use plants and living organisms to interface with electronics. Similar projects have used the biorhythms of mushrooms and other forms of vegetation to play synthesizers, and one synth-maker has even manufactured a module that lets people hook up plants to larger systems.