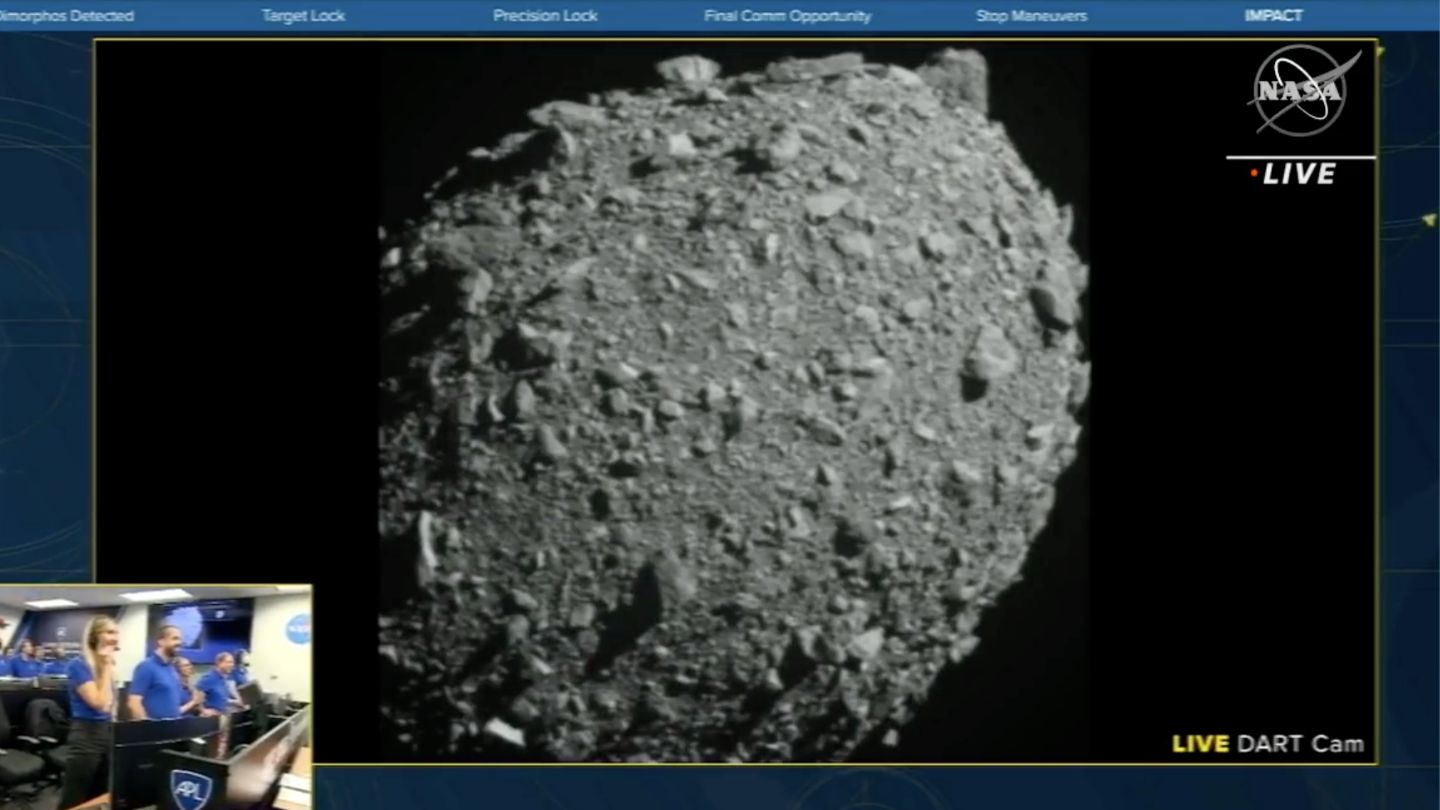 A space probe deliberately crashed into an asteroid a little after 7 p.m. ET on Monday, marking the first time in history that humanity has moved the trajectory of another celestial body.

NASA’s Double Asteroid Redirection Test (DART) slammed into a small space rock called Dimorphos right on schedule, about ten months after it launched from Earth. The mission is pioneering a planetary defense strategy that could ward off dangerous asteroids in the future, though it’s important to note that neither Dimorphos nor the larger asteroid it orbits—Didymos—poses any present or future threat to Earth.

The collision was captured by many telescopes on the ground and in space, including the Asteroid Terrestrial-impact Last Alert System (ATLAS) located in Hawaii, which released its footage of the impact and fallout.

It’s easy to see the exact moment that DART crashed into Dimorphos in the ATLAS images, as the impact kicked up a plume of dust around the asteroid, which measures about 500 feet in diameter. DART also livestreamed its own final moments with an onboard camera that eerily recorded the approach to Dimorphos.

These are only the first images of the epic collision that have become available, and many more amazing views of the maneuver are expected to follow in the coming weeks, months, and years. Some of the most powerful observatories in space, including the Hubble Space Telescope and the James Webb Space Telescope, watched the crash, and a small space probe called Light Italian CubeSat for Imaging of Asteroids (LICIACube) was tasked with taking pictures from a distance of 34 miles from the impact, which should be available soon.

A follow-up mission called Hera will also visit the system in a few years to study the effect of DART’s crash on the orbit of Dimorphos around Didymos. Scientists aim to use all of these observations to better understand how kinetic impacts could redirect the trajectories of hazardous space rocks away from Earth, should we ever find one that is on a dangerous collision course with our planet.