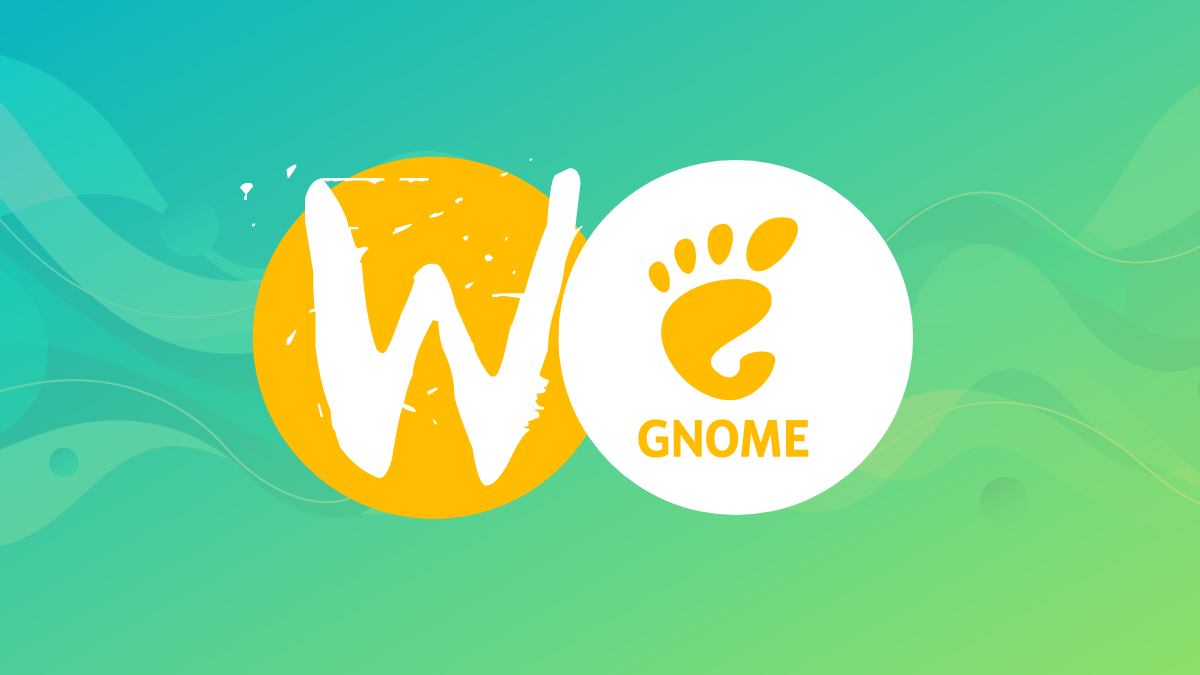 That also means that the functions defined in the protocol decide what applications (aka clients) can do & what they can’t do. Returning to the example of the website, if the protocol doesn’t define necessary functions, it will limit the web developers. Take CSS as an example; if it wasn’t available in the web protocols, all websites would have looked the same and boring. So the protocol must include all necessary basics in a way that doesn’t limit developers to a few cases and uses.

All of the above is what Wayland developers intended for the Wayland world to be. Now let’s delve into more detail. How much is Wayland core protocol minimal? In other words, what determines what shall be in the core protocol and what shall not be? In this article, I’m going to give you an answer to this question based on my opinion, which is in turn based on a group of simple facts.

My opinion is that Wayland’s Core protocol is tailored only for GNOME needs.

I mean that the functionalities which exist in Wayland’s core protocol are the bare minimum required for GNOME desktop and apps to work on Wayland.

That’s bad (still in my opinion) because it’s simply not enough for other desktop environments and apps other than GNOME desktop and apps, as I will show you in this article.

1. The core protocol requires that desktop visual components be drawn by the compositor

First, let’s explain something. In most desktop environments, desktop components (like dock, panel, wallpaper, desktop icons, etc.) are regular clients. For those components to work, they need certain functions to be implemented by the compositor; those functions include:

On X11, those were defined in the ICCCM specification, which allows X11 clients to tell the compositor to do any of the above. On Wayland, there is not anything in the core protocol that allows that. This means that desktop environment creators have to draw all these in the compositor.

GNOME is the only desktop that does that, while many other desktops (KDE, XFCE, Lxqt, etc.) draw their components outside the compositor (an exception to that is Cinnamon because it started as a fork of GNOME 3). The situation is even worse. Apps like plank dock, latte dock and other independent desktop components can’t exist in Wayland. There are protocol extensions that fix that, and I will discuss them later.

In summary, the situation is:

2. CSD is implementable, although clients can’t move their window

3. CSD is a must in Wayland core protocol

The problem is that there is no way (inside the core protocol) for apps to know whether they are being decorated or not. In other words, clients can’t tell the compositor whether they prefer CSD or SSD, which is problematic for both CSD and SSD (in theory). But in practice, GNOME decided not to decorate clients at all. So apps have to assume that they are not decorated due to GNOME’s decision, so they must go for CSD. Again, there is a protocol extension that fixes that; more on that later.

The above three facts regarding the core protocol in summary are:

According to these 3 facts, I’ve concluded my opinion that Wayland’s core protocol is tailored only for GNOME needs.

What if you wanted some functionalities not available in the core protocol. Wayland or GNOME developers’ answer to this is Wayland’s protocol extensions. That simply means that compositors can offer extra functionality by creating new protocols. The problem with this approach is that means that some apps may work on some compositors and may not work on the rest of the compositors (that’s if it needs some of the protocol extensions). That may have resulted in severe fragmentation in theory, but the reality is less than worse thanks to the efforts of wlroots project and KDE.

Wlroots has mostly saved the situation

Wlroots is a library created by Sway compositor developers. It enables developers to create Wayland/X11 compositors easily. Their main focus is Wayland. There are already many compositors available based on wlroots. What is interesting though is the protocol extensions that wlroots implement.

Wlroots has many protocol extensions, including:

The LayerShell protocol enables desktop components to be drawn outside the compositor. Which also makes it possible to create independent cross-desktop desktop components. Many projects utilize this protocol that you can explore in the following repositories:

The second protocol is xdg-decoration protocol. Made by wlroots and KDE, it enables apps to choose between CSD and SSD.

These protocols work on wlroots compositor and KDE. The only obstacle preventing the unification of Linux desktop is GNOME. They have decided not to implement any of these protocol extensions. Which put all apps that use SSD in a situation where they have to use SSD in supporting environments and CSD in gnome. The people actually feeling the pain are toolkits developers. To give you more context, have a look at the “CSD initiative” started by Tobias Bernard from GNOME, and this blog post from Martin’s blog (kwin’s developer). Also, have a look at this issue. The situation is mostly solved by now, that Qt and Gtk draw CSD always on GNOME and utilize the xdg-decoration on other environments. However, in my opinion, that is not good because it makes the platform less standardized/unified for no good reason. After all, in the future, toolkits developers may decide to just go for CSD to avoid the pain.

The root of all these problems

The root of all these is GNOME or Wayland developers’ decision to have the core as minimum as possible and require the creation of protocol extensions.

Imagine if the web worked in a similar way. That means that websites would not be able to target the standardized (minimal) protocols because they are not enough and will rely on protocols created by certain browsers. So websites would target specific browsers, not the core protocol. That would had been a nightmare, right? Well, that’s the current Wayland situation.

What is the solution?

The solution, in my opinion, is to put all these protocol extensions in the core protocol, or that might not be necessary if GNOME implements the above protocols (Which is not likely to happen anytime soon.)
In simple words, GNOME is the root cause of the problem, and it can solve the problem if it decides to do so.

Author Info: This article has been contributed by It’s FOSS reader Hamza Algohary. Hamza is a computer engineering student and a Linux and open source enthusiast. He also develops apps for Linux desktop. You can find his work on his GitHub profile.

The views and opinions expressed are those of the authors and do not necessarily reflect the official policy or position of It’s FOSS.