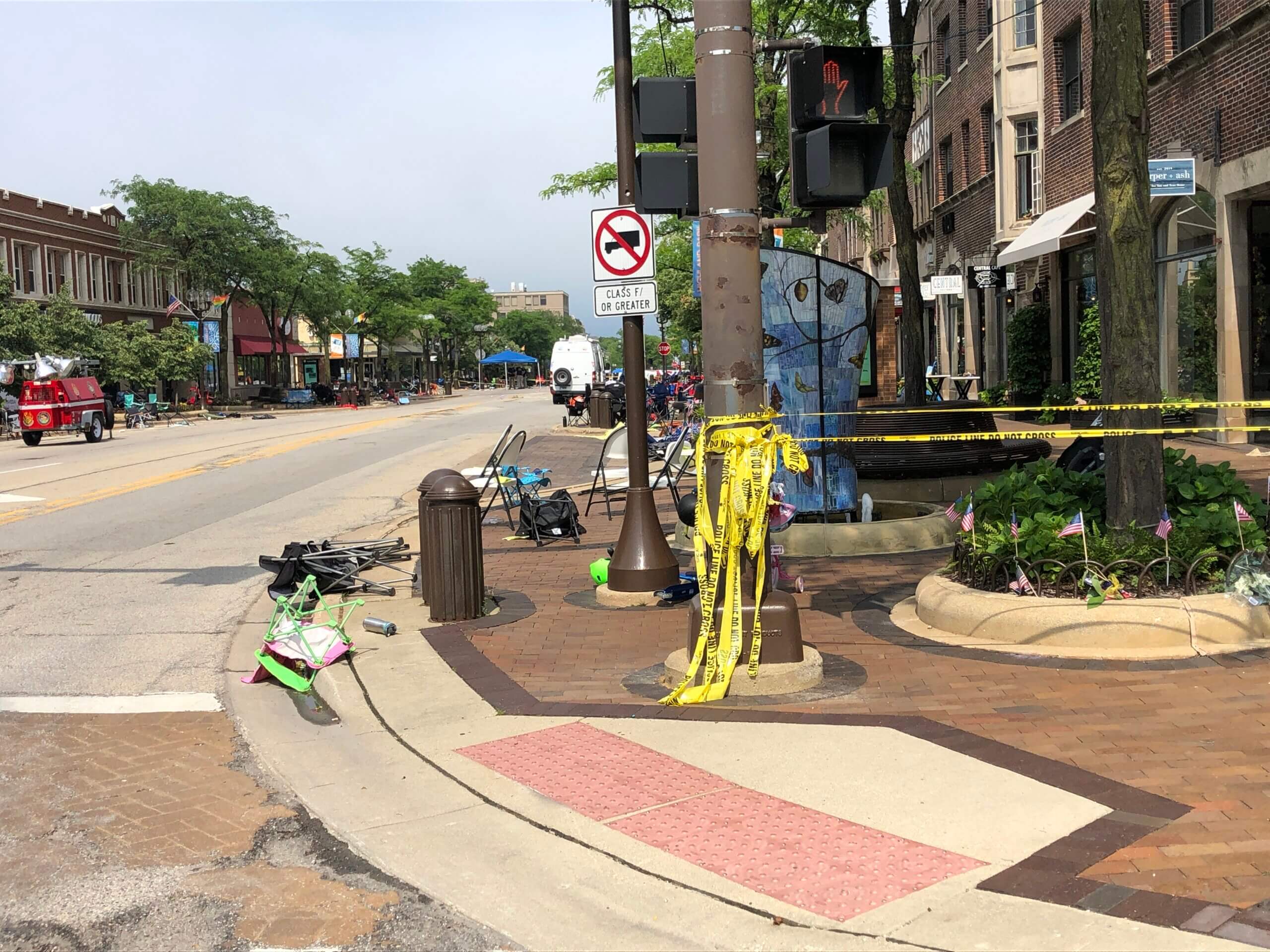 ‘We knew he was aggressive’: Highland Park activist recalls encounters with alleged shooter

When Rachael Wachstein saw the face of alleged Highland Park parade shooter Robert Crimo III on the news, she immediately flashed back to September 2020, when she encountered the rail thin, heavily tattooed Crimo at a pro-Trump rally in Highland Park.

Wachstein, 43, had organized a counter-protest for people who lived in Chicago’s North Shore area. Crimo, she said, was one of a few people who approached their group to shout epithets and push them.

“We knew he was aggressive,” she said.

That day, they were standing on Central Avenue, not far from the spot where Crimo, nearly two years later, allegedly opened fire on a July 4 parade. Wachstein was one of the parade-goers. She had just parked and was about to step out of her car when she heard popping sounds and saw people running in the opposite direction.

Police have not identified a motive for the shooting, which Crimo reportedly confessed to Wednesday.

“Had I been asked for a short list of people in the area who I thought had the potential and motivation to cause such harm and destruction in our community, his name would have likely been on the list,” Wachstein wrote on Facebook Monday after Crimo was identified as a person of interest in the attack. It later went viral on Twitter.

A marketing strategist and mother of two, Wachstein promotes campaigns to support women, LGBTQ and Black people on the Facebook group she runs for a few hundred North Shore residents, and has also worked with Holocaust survivors. She said her passion for these causes was sparked by her trip as a 16-year-old with March of the Living, the Holocaust education program.

Since the Fourth of July shooting, in which seven people were killed and at least 46 wounded, Highland Park residents have been recalling encounters with Crimo, 21, who lived in town but seemed alienated from the ethos of a left-leaning city where officials have approved a ban on ban on semi-automatic weapons and large-capacity ammunition magazines.

Wachstein said her experiences with Crimo made her believe he “probably really, really hated the fact that Highland Park is as liberal and kind and progressive as it is.”

She had a second encounter with him later in 2020, in December, after the presidential election that President Joe Biden won and former President Donald Trump claimed was stolen. Crimo, dressed as the title character from Where’s Waldo, showed up to counter-protest a “Protect the Vote” rally organized by Wachstein in nearby Northbrook.

“I just try to be involved in anything that sort of pushes back against fascism, authoritarianism, white supremacy, all of those things,” she said.

She said she doesn’t think gun control will work without programs that embrace those who live at the margins of their communities.

“Without actually reaching these people and giving them some sort of feeling of community or empathy, then we’re going to be dealing with these mass shooters and these angry young white men for years to come,” she said.

The post ‘We knew he was aggressive’: Highland Park activist recalls encounters with alleged shooter appeared first on The Forward.