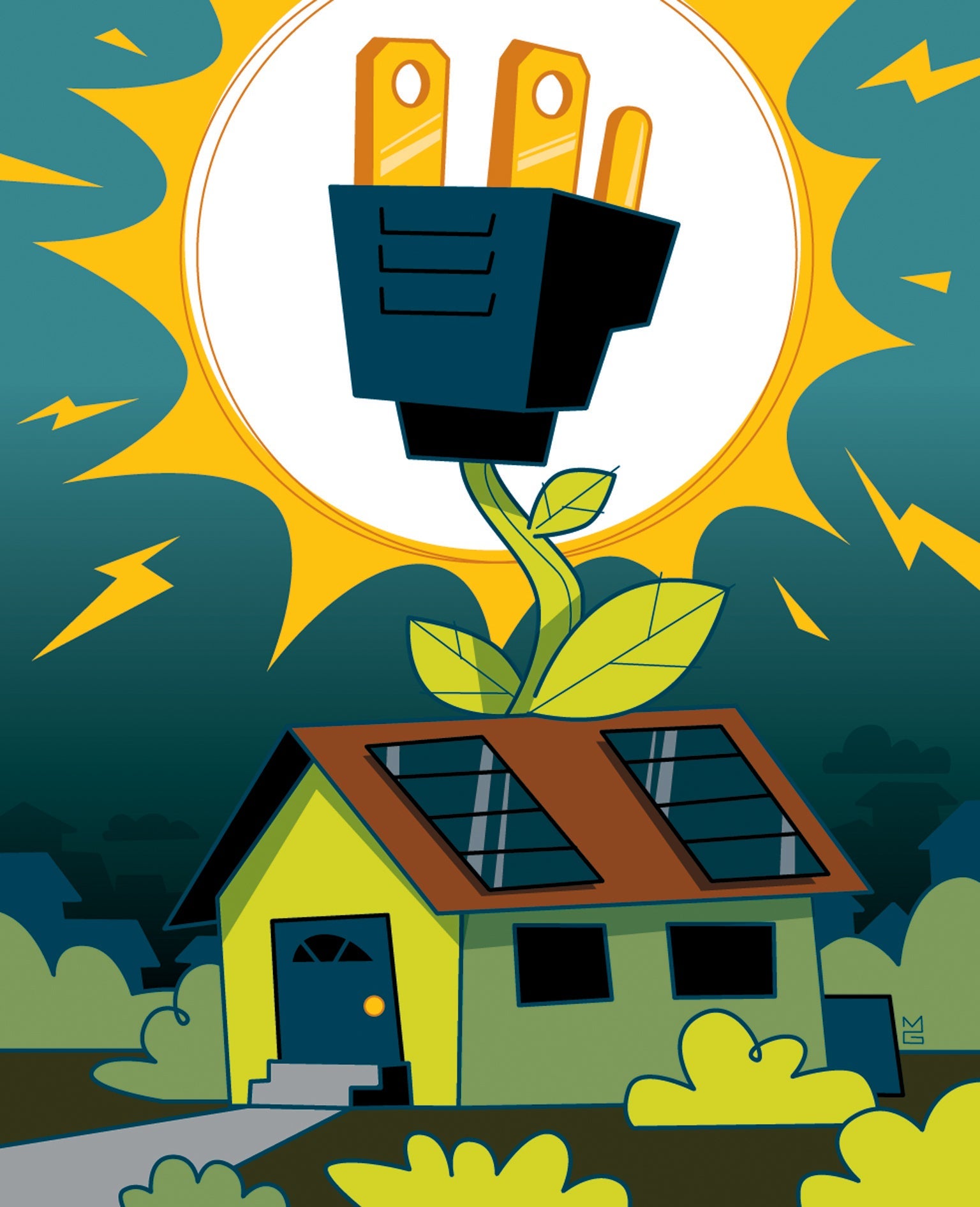 We Need to Make ‘Electrifying Everything’ Easier

Converting a home to run on renewable energy has never looked more appealing. Oil and gas prices have surged while material costs for solar panels and other clean technologies continue to fall. Billions of dollars have been proposed for decarbonizing efforts in the Biden administration’s Build Back Better plan. And, of course, the climate crisis is urgent.

In the U.S., an estimated 13 percent of total carbon emissions come from fuel used for heating and cooking in residential and commercial buildings. Only about 25 percent of homes run solely on electricity. Although residential energy infrastructure differs by region, one thing is becoming increasingly clear: For a shift to clean power, we need to get as many homes as possible off fossil fuels and electrify whatever we can. That way, as the grid carries more and more energy from photovoltaic, wind, hydroelectric, tidal and nuclear sources, our appliances, cars and HVAC systems will be poised to operate on net-zero-emissions technologies.

We’ve been told that individual actions won’t make a dent in the climate crisis without structural change, but people are hungry to participate directly in solutions. Lobbying efforts that push back against renewables and incentives make the goal of net-zero homes out of reach for most in the U.S. Our policy makers at every level of government must make it easier for all to take part and to benefit.

For new construction, clean-energy mandates have been enacted in places such as New York City, where developers will be prohibited from installing gas hookups starting in 2024. But many of the existing households in the U.S. will require retrofits. If you’ve looked into this process yourself, you know it can be a labyrinth.

The biggest barriers to residential energy conversion are political and psychological. Our love of gas cooking, for example, comes from industry’s success in convincing us that real cooks prefer gas. Yet recent studies have shown that stoves running on natural gas and other fossil fuels create indoor air pollution and elevate risk levels for asthma and other health issues, especially in children. Meanwhile improved induction stovetop technologies (which use an electromagnetic field to heat pans directly) are widely available. They offer more temperature precision than flames and don’t heat up the kitchen while you’re cooking. But they still account for less than 2 percent of the U.S. market and are more expensive than their fossil-fuel-burning counterparts. Installing them often requires electrical work upgrades, which, for many people, make the cost and hassle not worth it.

Policy makers are trying to make upgrades cheaper, but they are going about it in a nonequitable way. Incentives for rooftop solar panels are often given through tax rebates, for example. This puts them out of reach for many people because of the up-front costs. And tax credits for renewable energy have gone down over time, meaning later adopters benefit less.

Smaller, community-based utilities that are trying to set up clean energy and are dependent on tax credits are vulnerable to politics. Because utilities need investors, banks are often the beneficiaries of the tax incentives, rather than the fledgling company or the customers it serves. That is why supporters of the congressional Green New Deal, for instance, suggest more publicly owned power companies that give agency to consumers, especially as more people are contributing to the electricity grid with rooftop solar panels.

Promising legislation to address the equity issue is the High-Efficiency Electric Home Rebates Act. It would provide rebates to make the cost of an electric-powered appliance such as an induction stove (or heat pump) competitive with its fossil-fuel counterparts. And the rebate would occur at the point of sale, meaning it’s an immediate discount. The nonprofit Rewiring America also supports rebates to subsidize installation and conversion costs, which would especially benefit low- and moderate-income households. Zero- or low-interest “climate loans” for consumers are also an increasingly popular idea; they are already available in places such as Australia and New Zealand.

To “electrify everything,” the grid will need to be updated to improve resiliency; material resources need to be secured for supply chain consistency; and the economic and health benefits that come from converting to clean energy must be accessible to all, particularly the communities that have suffered the most from fossil-fuel pollution and environmental racism. The U.S. has set ambitious targets for decarbonizing its energy use over the next few decades, and if we are to get there, end users cannot be an afterthought.