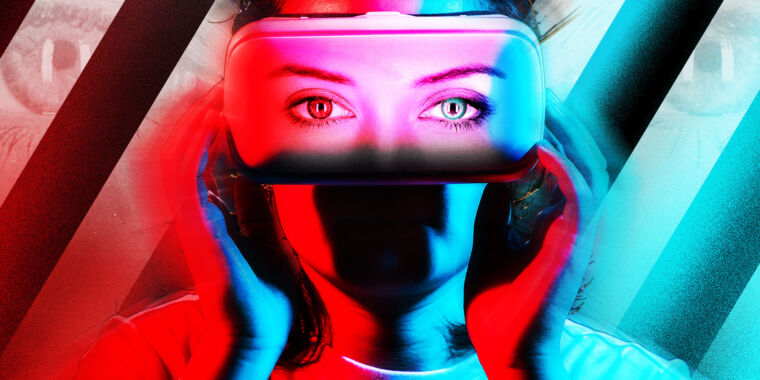 Six years ago, consumer virtual reality seemed set to be the next major tech breakthrough.

With the demonstration of his impressive prototype Oculus Rift head-mounted display (HMD) in 2012, Palmer Luckey managed to instantly erase the poor image VR had garnered from ‘90s movies like The Lawnmower Man and woefully premature commercial curios like Nintendo’s Virtual Boy. This led the Kickstarter campaign for the first Oculus developer kit to balloon past its $250,000 funding goal on the way to a final haul of $2.4 million. Two years later, Oculus accepted a $2 billion buyout offer from Facebook.

The lead-up to the 2016 launch of the first consumer version of the Oculus Rift (the CV1) only raised consumer VR’s profile further. Analyst predictions were bullish, going so far as to say that the VR market would be worth $150 billion in just five years. Oculus’ co-founders were breathlessly profiled in glossy magazines, with Luckey landing on the cover of Time in August 2015. Google even partnered with Disney to give away its low-tech paper Cardboard sleeves, enticing fans of Star Wars and other mega properties with themed mobile experiences. Decades removed from the hangover of failed VR arcades and gimmicky consumer trinkets, things would be different this time.

Double Fine’s Tim Schafer put it best at DICE 2016. “We all wanted Snow Crash to happen, and then we put on the things, and it was just Pterodactyl Terror, and we all threw up,” he told Ars, possibly (jokingly) misnaming Virtuality’s less-than-stellar VR arcade experiment Dactyl Nightmare. “I think there’s been a huge leap [this time].”

Six years later, VR has yet to reach the stratospheric heights its cyberpunk fantasy promised. But the latest wave hasn’t been another high-profile failure, either. Meta’s Quest 2 headset has helped significantly revitalize consumer interest in the sector with its user-friendly experience and relatively low price (though it’s not as low as it once was), with its Oculus Store supporting a handful of bona fide VR-native hit games.

This all goes a long way toward explaining how, given the ups and downs of iteration and experimentation that followed Rift’s consumer release, VR developers and watchers told Ars they’re still excited about virtual reality—and they’re thrilled to see where the technology is heading next. And while the initial enthusiasm about its global impact has been tempered a bit since 2016, most in the space now say it doesn’t need to have a profound impact to be a success.

When the Rift CV1 was released, evangelists proclaimed that VR wasn’t just going to revolutionize games—it would change the world. (Goldman Sachs said in 2016 that mass adoption of VR hardware alone would overpower the $99 billion TV market by 2025, and it was hardly the only company making such lofty claims.)

But an instant revolution was never in the cards, as Road to VR executive editor Ben Lang told Ars. “The expectation among the nascent industry was that it was going to be this crazy takeoff,” Lang said. “But as happens with very new technology, until you can go from pure hype—like, ‘this is going to change everything,’—to really finding specific useful cases, it never becomes this instant, overnight thing.”

Back in 2016, it seemed that every major tech company was eager to carve out its piece of the VR pie. Rift and HTC’s Vive were available for PC early that year, while Sony’s PSVR would be out in October for PS4. On the mobile side, Google improved on its Cardboard product with its mobile-powered Daydream to counter Samsung’s Gear VR.