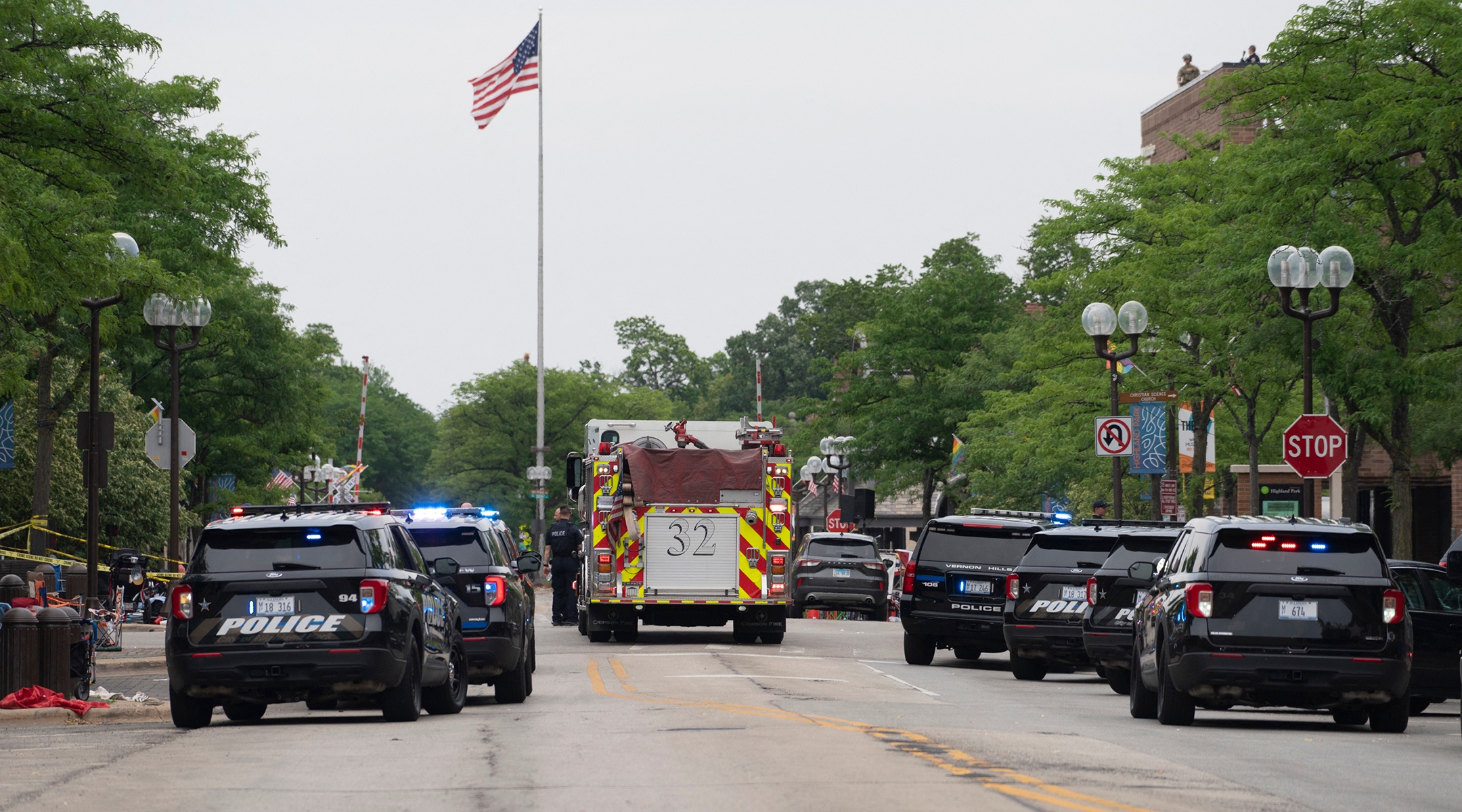 What you need to know about Highland Park, the very Jewish Chicago suburb rattled by July 4 shooting

(JTA) — In 2014, the Jewish Telegraphic Agency included Highland Park in an article on communities across the country that were melding Jewish pride into their ceremonies for July 4, which that year fell on Friday, just before Shabbat.

Locals were used to seeing a 1953 pickup truck drive through their suburb and others along Chicago’s North Shore blaring a mashup of the song “Yankee Doodle Boy” with a niggun, or wordless melody, written by the noted Orthodox singer-songwriter Shlomo Carlebach.

The director of a local synagogue said he passed out both American and Israeli flags along the North Shore parade route. “In Highland Park,” he told JTA, “they prefer the Israeli flag.”

The report captures Highland Park’s sky-high levels of Jewish pride and provides yet another example of how Monday’s shooting that killed at least seven people at a July 4 parade there struck the heart of one of the country’s idyllic suburban Jewish capitals. (One of the two victims identified so far, Jacki Sundheim, was the b’nei mitzvah and event coordinator for the North Shore Congregation Israel in the neighboring suburb of Glencoe.)

The entire North Shore region — which stretches over 20 miles along Lake Michigan, approximately from Evanston up to Lake Bluff — is heavily Jewish, and other adjacent suburbs northwest of Chicago, such as Buffalo Grove and Skokie, are also known for their large Jewish populations. But Highland Park has the highest Jewish ratio of them all, and it was the original Chicago suburb that grew a substantial Jewish population in the early 20th century.

According to a 2020 study of the metropolitan Chicago area by researchers at Brandeis University and the University of Chicago, Highland Park is 50% Jewish: about 15,000 of the suburb’s 30,000 residents. (About 3% of the Jews in Highland Park and its surrounding towns are Israeli, the study also found.)

Thanks to its leading number of Jewish institutions — from camps to synagogues to a kosher butcher and other kosher restaurants — Highland Park is also still a destination for Jews throughout the North Shore, said Jay Tcath, executive vice president of Chicago’s Jewish United Fund federation. 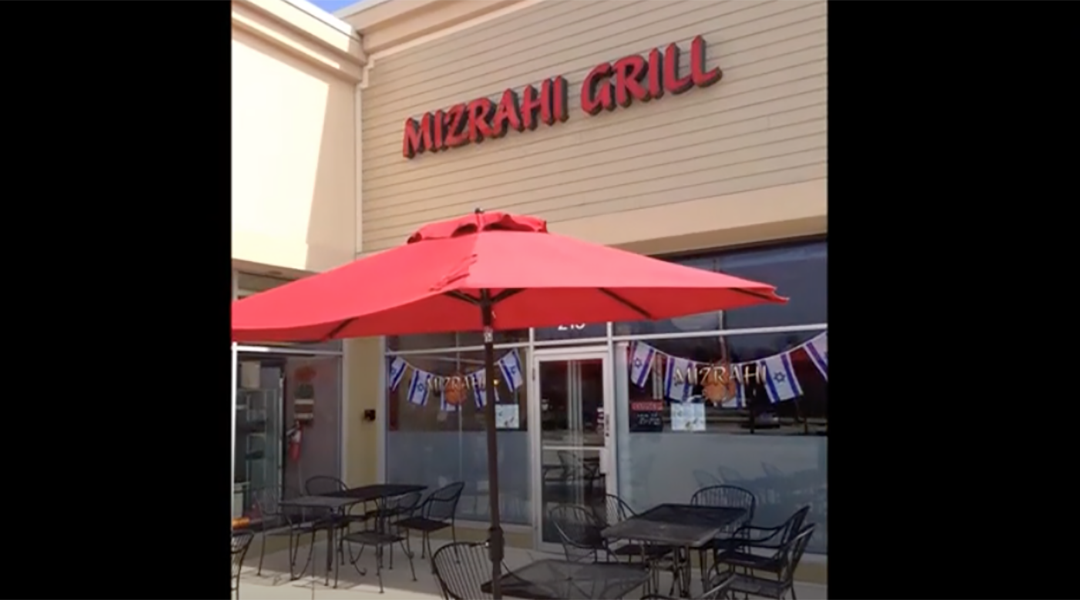 A view of the Mizrahi Grill kosher restaurant in Highland Park. (Screenshot from YouTube)

“While there are other Jewish concentrations elsewhere in the North Shore, Highland Park’s still the original. Highland Park is kind of still the Mecca, or Jerusalem, if you will,” Tcath said.

Highland Park’s Jewish history dates back to the turn of the 20th century, when Tcath said Jewish families began spending parts of their summers in the area. The Lake Shore Country Club opened in 1908 as likely the only of its kind in the area to admit Jews in neighboring Glencoe, but Tcath said it was “primarily populated by [people from] Highland Park.” In 1918, the similar Northmoor Country Club opened in Highland Park proper.

Some lamenting the tragedy on social media noted how the shooting punctured a very affluent, normally peaceful town where several iconic movies ostensibly about American suburbia — from “Ferris Bueller’s Day Off” to “Sixteen Candles” — were filmed. Highland Park’s median household income was $147,067 in 2020, according to the Census Bureau, more than twice the national median.

“It’s a place of movie magic and one of the 100 wealthiest cities in America,” tweeted the noted film critic Richard Roeper. “No place is safe.”

Hockey bagels and other antisemitism

The town has avoided large-scale antisemitic incidents throughout the 20th century — even as nearby Skokie became the site of a nationwide neo-Nazi march and the center of a landmark Supreme Court case in the late 1970s, and as West Rogers Park on Chicago’s far northwest side saw a white supremacist shoot to kill multiple Orthodox Jews leaving services in 1999.

Tcath said that the worst for Highland Park involved antisemitic hockey fans from neighboring towns, who in the 1980s and 90s would throw bagels onto the ice when their children played against Highland Park, to try to intimidate and embarrass them. In 2019, Highland Park High School yearbooks had to be edited to remove Nazi and white supremacist elements from multiple students’ comments. This past April, around the Yom HaShoah Holocaust Remembrance Day, antisemitic flyers were found scattered throughout Highland Park and other North Shore communities (they shared qualities with others distributed in several other cities over the past year by the antisemitic Goyim Defense League group).

Highland Park’s Jewish population is comparable to Squirrel Hill, the Pittsburgh neighborhood where a white supremacist opened fire on the Tree of Life synagogue in 2018, killing 11 Jewish worshippers. Like Squirrel Hill — which is also home to almost exactly 15,000 Jews — Highland Park boasts an array of synagogues spanning denominations, including multiple Reform congregations and the largest Chabad-Lubavitch center in the area, called the Central Avenue Synagogue.

It has also been the hometown for several famous Jews, from “Butch Cassidy and the Sundance Kid” screenwriter William Goldman to Olympic figure skater Jason Brown. (The non-Jewish Rachel Brosnahan, who is not Jewish but has said her upbringing around Jewish friends helped inform her performance as the very Jewish comedian Midge Maisel in the Emmy-winning Amazon TV series “The Marvelous Mrs. Maisel,” also hails from Highland Park.) Several Highland Park mayors, including the incumbent Nancy Rotering, have been Jewish.

The town is rich in other 20th-century Jewish history, too. In 1967, Highland Park’s Congregation Solel flew a delegation into Washington, D.C., to protest the Vietnam War in what a JTA dispatch from the time called a historic move for an American congregation of any faith. Highland Park synagogue-goers were also active in the movement to free Soviet Jewry in the 1970s and 80s. Congregation Solel was led for a decade by Rabbi Robert Marx, a pioneering social justice activist who marched with Martin Luther King, Jr. and died last year at 93. 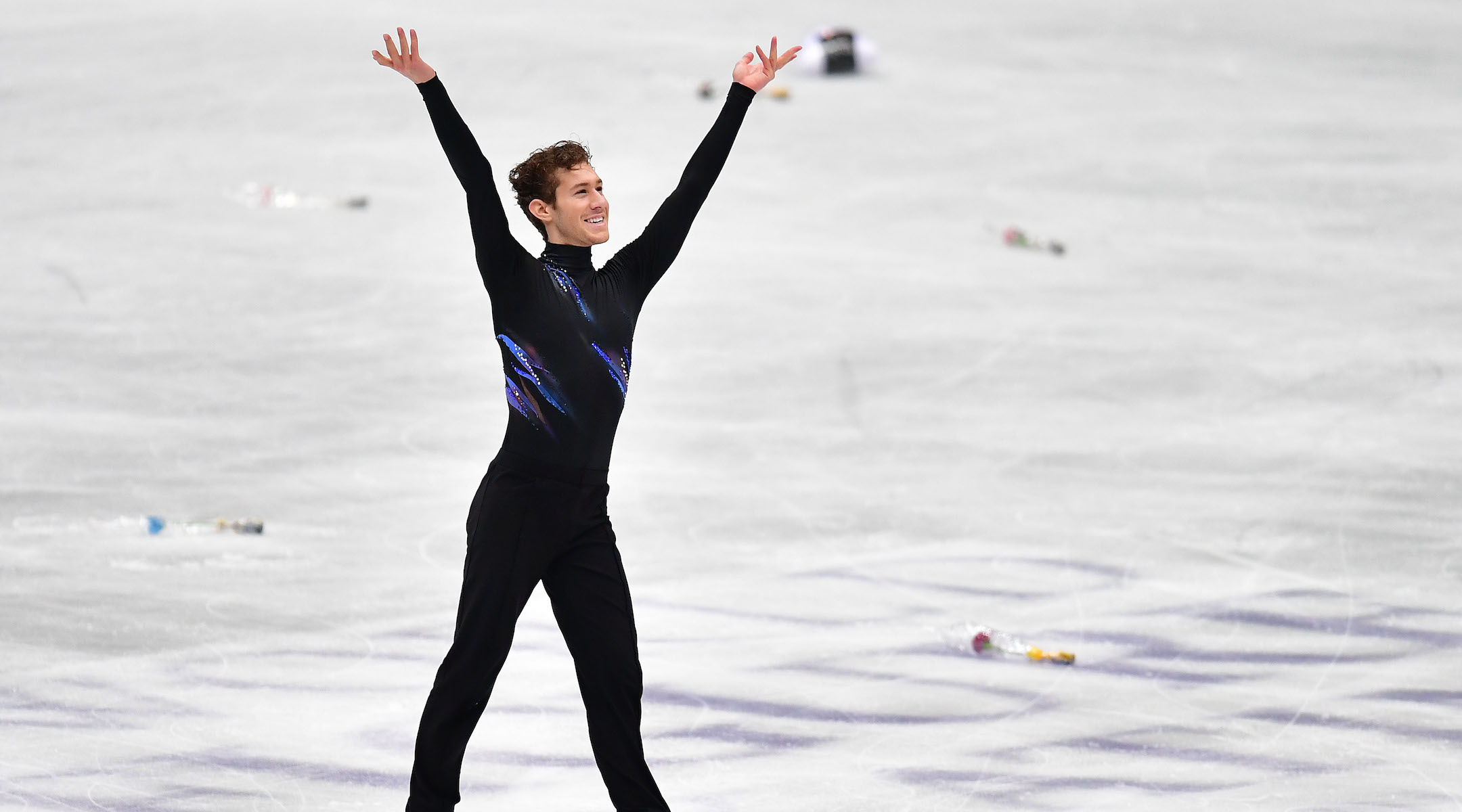 Tcath said that while his organization and so many others are still looking into the younger Crimo’s background, Highland Park’s Jews are not reacting first with fears about a looming wave of specifically antisemitic violence. The town is heavily Democratic, and the fact that the incident was another of the 300-plus mass shootings in the United States so far in 2022 has many talking about gun reform.

“People are shaken, but they’re not processing it as I was, or I am more at risk, because I live in Highland Park in particular,” Tcath said. “It’s being processed as, ‘This is yet another example of what America is today.’”

The post What you need to know about Highland Park, the very Jewish Chicago suburb rattled by July 4 shooting appeared first on The Forward.