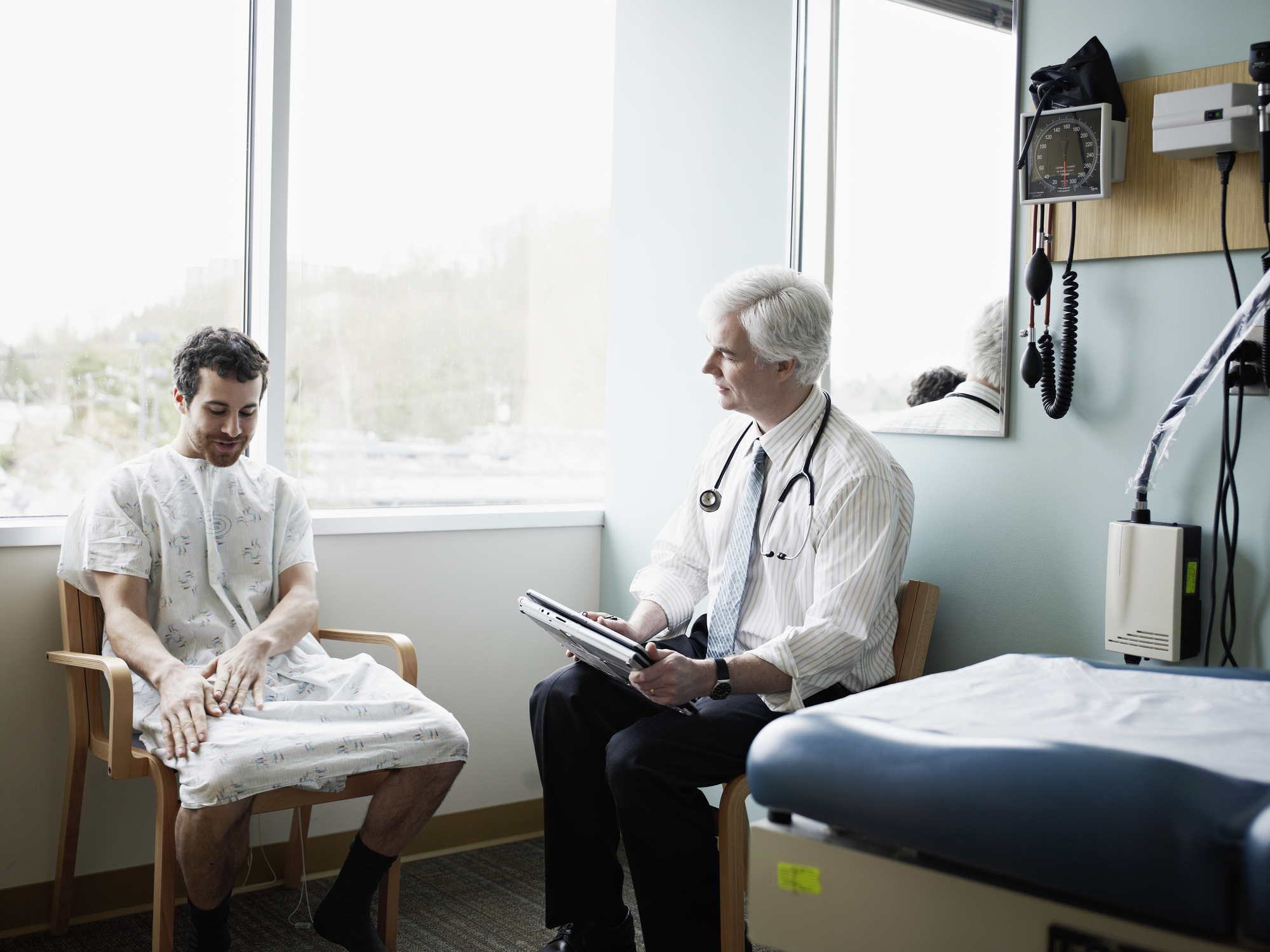 In 1807, Thomas Jefferson wrote that one of the best doctors he knew was more likely to use “bread pills, drops of colored water, and powders of hickory ashes” than other medicines —and with equal success in healing people’s ailments.

Jefferson called these interventions “pious frauds”; today we call them placebos, or inert substances that can nevertheless make people feel better when they are unwell. But the placebo effect goes far beyond just sugar pills, or today’s equivalent to hickory ashes. We know now that the entire context around a medical encounter is rife with influences that can impact how a person responds to treatment, in combination with their expectations and beliefs. A recent study in PNAS sought to explore one of these contextual elements: how the race or gender of a provider might influence the placebo effect.

In a social context where most practicing doctors are white men, the placebo effect appeared to line up with the unconscious biases that pervade the world around us—though exactly how or why is unclear.

The researchers set up white patients with male and female providers who were either Black, white or Asian, and subjected them to a skin prick test that caused an allergic reaction. The providers then gave the patients a cream they said would help soothe the reaction—but actually the cream was just an unscented lotion, with no special immune soothing properties.

The findings don’t mean that white patients should only seek out white doctors in order to have the best outcomes. “That’s one big misinterpretation that we’re worried about would be a take away from the research,” said Lauren Howe, an assistant professor in management at the University of Zurich, and first author on the paper. These were relatively small effects, in one short-term physical reaction.

But it is a cogent reminder that outside of the individual medicines or treatments a person receives, the broader context of healthcare—and society—plays a role in how people might respond to treatments. This is a different way of thinking about medicine: it’s not just about a drug and its physical effects on the body, but how it combines with the body’s own healing abilities, and the psychological and social context a person finds themselves in.

“With any kind of medical care, it’s an interaction with an expert, and it’s also fundamentally a social interaction,” Howe said.

An important ingredient in the placebo effect is expectation about what’s going to happen. These expectations can arise from personal experience and learning, observation, or from direct communication with a doctor.

Medications, like blood pressure drugs or pain killers, work better when patients know and see that they’re receiving them. Older studies found that larger pills, capsules (vs. tablets), and strong and bad-tasting medicines have stronger placebo effects. The appeal to patient psychology has even extended to branding: Use of the letters X and Z has increased in drug names because, as researchers wrote in a 2019 review, they are “visually distinct and modern and are unlikely to have the negative associations of other medications.”

In a study from 2019, people were given a nasal spray and told either that it didn’t have an active ingredient, or that it contained a medication that blocked emotional reactions. The participants were all given a sad movie clip to watch, and those who were told they received the emotional dulling spray reported that they felt less sad than the others.

But these expectations are also shaped by the social and contextual environment that a person finds themselves in. A doctor wearing a white coat, or the shape or color of a pill, can induce placebo effects. In the new study, the authors wrote that since there’s long been underrepresentation of people of color and women in medicine, patients may have associations between the concept of doctors and white men, and be physically less responsive to treatment delivered by people from other backgrounds or genders.

To test this, the researchers set up a room in the Stanford Psychology Department they call the “mock-ter’s” office, which uses the same furniture in a Stanford Hospital doctor’s office. 187 white people underwent a skin prick test that induced an allergic reaction, then interacted with a provider who was either a  man or a woman and Asian, Black, or White. Another research assistant measured the size of the patients’ allergic reactions over time, and didn’t know which provider they had seen.

The healthcare providers all followed a script; Howe said they tried to make everything about the encounters similar—except for the race and gender of the doctors. “People showed physiological responses to care from the provider that seemed to be in line with bias,” Howe said. Another surprising finding, Howe said, was that the people in the study showed an equally positive response to the Asian male providers as to the white male providers.

But intriguingly, this happened even though people didn’t demonstrate implicit or explicit bias in follow-up surveys. Howe said they asked the patients to rate the providers they had on “warmth and competence.” The women providers were reported to be both more warm, and more competent, and the Black and Asian providers were said to be warmer and equally competent to White providers. This means that the patient’s reactions weren’t guided by any explicit appraisals in care. Next, they measured implicit biases and found no evidence for negative nonverbal biases either.

Luana Colloca, a professor at the University of Maryland School of Nursing who studies the placebo effect, has similarly found in past work that having a provider of the same race was beneficial for patients with chronic pain.

“Chronic pain patients had larger placebo effects when the race between patient and experimenter was concordant,” Colloca said. “Yet, the difference in placebo effect was not long-lasting.”

Matthew Burke, a cognitive neurologist at Sunnybrook Research Institute, said that from the findings, we can’t say the effect wasn’t due to explicit expectations or an explicit bias, where people clearly had negative views towards female or Black doctors. “It was at an unconscious level that this effect was happening,” he said. “But ultimately, we don’t know exactly why it happened.”

The authors noted that many of the patients were more socially engaged when interacting with women and providers of color, putting in extra effort.

“One possibility is that the white patients were attempting to cast aside societal associations of what a doctor looks like,” Howe and her colleagues wrote. “Yet, their fight to push bias aside may have had an ironic effect in that it reduced the potency of their doctor’s healing words. That is, their effort to manage bias may have resulted in these white patients responding less strongly over time to the expectations those doctors were setting—that the cream they were applying would help them get better.”

Overall, Burke said this is yet another piece of evidence of how connected the brain and the body are—that the placebo effect doesn’t just influence how people say they feel, but can impact physiological markers that can be measured. Just as importantly, it shows how the biases and expectations embedded in the world around us might show up in clinical practice.

“I think the general public still doesn’t really get that this is possible, that this can happen,” he said.

Still, Colloca wondered if this specific example was clinically relevant for longer-term outcomes. “I think in the long term, these effects will disappear,” she said. Medical care is complex, and usually happens over longer periods of time; relationships can change and get stronger, which may impact the effectiveness of placebos.

And the wider social context can, of course, change. The authors note that in 2017, for the first time, women made up the majority of accepted medical school applicants in the United States. Non-white accepted applicants were above 50 percent. But today, most practicing doctors are men, and about half are white. There’s still more work to be done in representing the growing diversity within medicine, Howe said.

This study looked more at the placebo effect, since providers set positive expectations about the cream. But the so-called nocebo effect can be present in medical settings too. If negative expectations are set, then negative symptoms can arise: a doctor’s suggestions can lead to an increase in side effects.

Placebo effects have been shown to help with interventions for a wide variety of diseases and conditions, like Parkinson’s disease, hypertension, fatigue in cancer patients, and neuropathic pain. Biological processes that would seem to be objective are influenced by belief: People’s beliefs about how healthy or filling a food is influenced the physiological effects of nutrients and how full a person felt. Physical exercise has more benefits depending on how much a person thinks that exercise is a “good” one. Stress can be more harmful if a person believes that stress is harmful—rather than believing stress can have a positive impact on functioning.

In one study, telling people that their infusion of morphine was going to be interrupted led to a significant increase in pain, compared to people whose morphine was stopped without being told. In another, 43.6 percent of men who were told that there were potential side effects of sexual dysfunction for a drug ended up having sexual adverse side effects, compared to 15.3 percent of the men who weren’t told the same.

These placebo and nocebo effects are not “all in your head,” or purely subjective components to the more objective side of physical medicine. They reveal not only the connection between body, mind, and brain, but the connection to society at large and our collective beliefs and biases. These all can have a physical impact on a majority of conditions.

Howe said she finds studies like these exciting because they can remind us about all the contextual factors that can be tweaked in order to make patient experiences better. Burke said that this study, along with others, makes the boundary between “physical” and “psychological” more unclear.

“This study showed that from therapeutic expectation alone, there is a manipulation of the brain-immune axis,” Burke said. “The lines are getting more blurred as to what factors might be amenable to placebo. These are very real effects that do influence patient outcomes.”