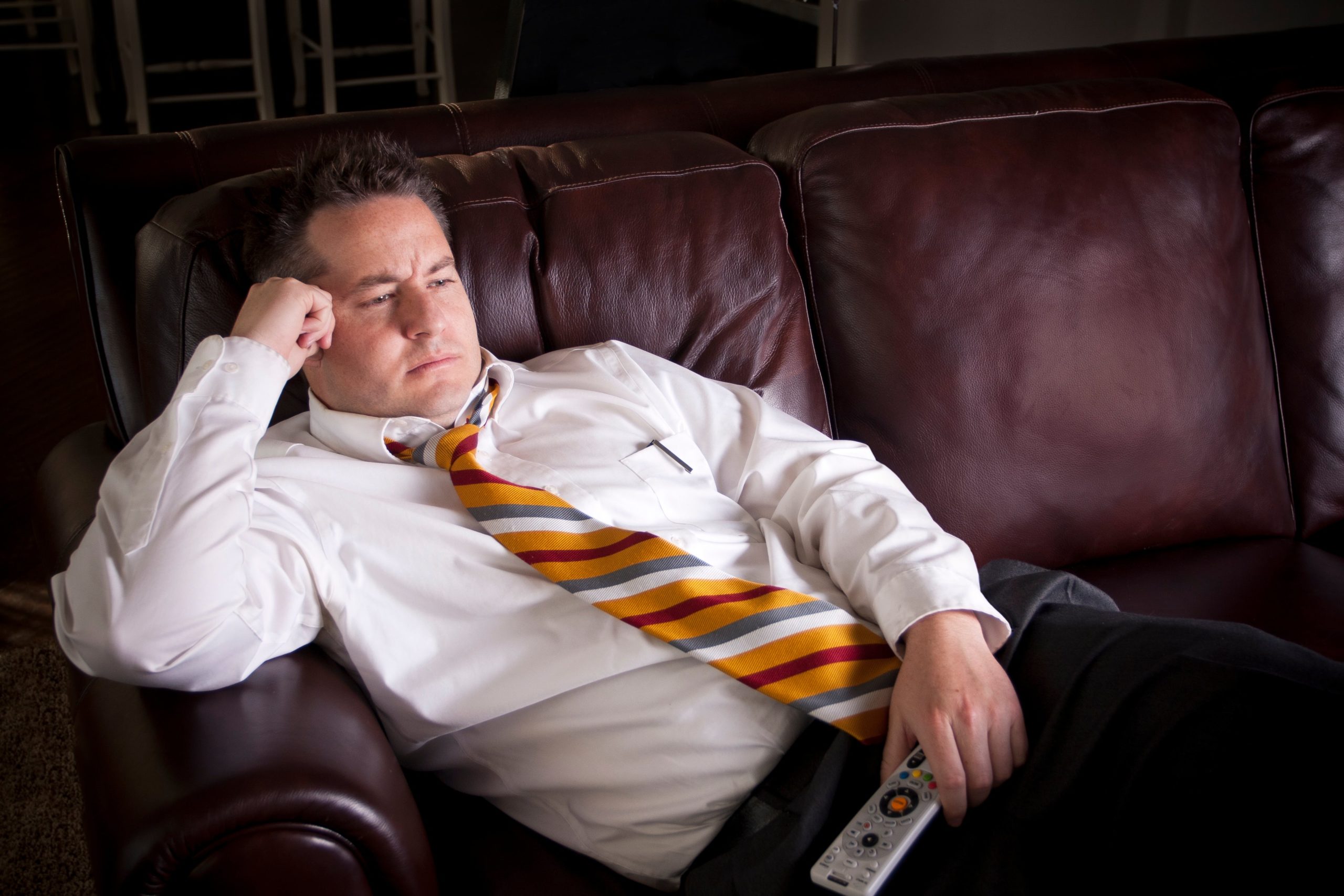 Why Thinking Hard Wears You Out

A workday filled with a string of mentally demanding tasks can leave you feeling drained. After long hours of mentally tracking one thought to the next, you’re probably more likely to choose a relaxing evening of streaming TV shows than to tackle a tough task on your to-do list or to make time on a creative pursuit. A new study provides a biological explanation for this familiar phenomenon: thinking hard leads to a buildup of chemicals that may disrupt the functioning of the brain.

For some time, scientists have struggled to find an explanation for why our mental resources get depleted. Researchers have hypothesized that long periods of strenuous mental effort lead to a depletion of glucose and other key resources that supply the energy-hungry brain. Early experiments in the 2000s supported this notion—reporting that people experienced a reduction in blood glucose after a cognitively demanding task and that consuming a sugar drink could boost performance. But subsequent work failed to reproduce those findings. “If you look at all of the studies together, there has been, on average, no effect,” says Antonius Wiehler, a cognitive neuroscientist at Pitie-Salpetriere Hospital in France.

In a previous study published in 2016, Wiehler’s Pitie-Salpetriere colleague Mathias Pessiglione and his team demonstrated that long periods of mentally effortful tasks made people more likely to choose immediate gratification over waiting for a bigger reward much later ($40 now versus $50 in two weeks, for example). This behavioral change was accompanied by a decrease in brain activity in the lateral prefrontal cortex (LPFC), an area involved in cognitive processes such as decision-making. The result left the team with the question of what was causing this change in brain activity.

To probe that question further in the new study, published in Current Biology on August 11, Pessiglione, Wiehler and their colleagues recruited 40 volunteers to follow up on the earlier work. Participants had to spend around six and a half hours at the lab—the approximate equivalent of a full workday—performing repetitive but mentally challenging tasks. Among them was the “N-back” task, which asked individuals to recall a letter that appeared on a screen “N” number of trials before. The subjects were split into two groups: one was assigned a difficult version of these tasks, while the other was given a simpler version. Although both groups reported feeling similar levels of exhaustion after the daylong experiment, only those who had been given the harder task were more likely to choose to take home an immediate reward rather than wait for a larger cash-out at a later date.

To determine what was going on, the team used magnetic resonance spectroscopy, a form of magnetic resonance imaging that enables researchers to detect levels of certain chemicals in the brain. The investigators found that people who had undertaken the harder task had higher concentrations of the neurotransmitter glutamate in the LPFC than those who had performed the easier one. They also found an increased level of glutamate diffusion in the difficult group, indicating that the molecules were moving faster—which, according to Wiehler, suggests the chemical was building up outside cells, where its movement was less constrained.

When the researchers looked at glutamate in the primary visual cortex—another brain area activated during the experiment because of its role in vision—they found no such changes. “A lot of the existing work had gone into the assumption that fatigue occurs because you deplete a resource of some kind,” says Matthew Apps, a cognitive neuroscientist at the University of Birmingham in England, who was not involved in this work. “I think it’s really exciting that there might be a different model whereby the accumulation of materials in the brain may stop it from functioning properly—and that might actually be what leads to the consequences of fatigue on your behavior.”

Apps notes a number of areas where these findings could prove useful. One is in the workplace. For people in jobs that require a sustained intense focus, burnout can lead to detrimental consequences—particularly in a field like surgery. In the future, therapeutics aimed at reversing the buildup of glutamate may help boost these individuals’ ability to sustain attention for long periods of time. Another area of interest would be researching clinical conditions in which fatigue is a symptom, such as chronic fatigue syndrome. The presence of glutamate as a biological marker might shed light on why patients struggle with exhaustion.

Apps adds, however, that defining what fatigue is remains a challenge for the field. “There are sort of different schools of thought about how we measure fatigue and what we’re actually tapping into,” he says. For example, both physical and mental activities can leave us exhausted—but whether similar brain mechanisms underlie these different types of fatigue remains an open question. Research by Apps’s team suggests there may be at least some overlap: in a study published last year, the scientists found that the same brain region appeared to be involved in the buildup of fatigue after a physically demanding task. “It’s clear that there’s going to be physical fatigue that happens in your muscles, but we don’t really know where and if it’s actually separated once you get to a certain level in [the brain],” Apps says.

Wiehler and his colleagues’ new study suggests possible distinctions between subjective feelings of fatigue and more objective measures of mental exhaustion, such as the changes in glutamate concentration the team observed. Anna Kuppuswamy, a neuroscientist at University College London, who was not involved in this work, was intrigued that Wiehler’s team found a difference between subjective and objective measures of fatigue. She says this finding supports what she and others have seen in patients with post-stroke- or multiple-sclerosis-related fatigue, where the level of self-reported fatigue does not always match up with disease severity. This apparent dissociation between perceived fatigue and an actual accumulation of changes in the brain in healthy individuals reaffirms what many in the fatigue field have come to realize: there is “no one single physical factor that can account for the perception of fatigue,” Kuppuswamy says.

For Wiehler, several open questions remain. He says that one limitation of the new study was the focus on two specific regions of the brain, so how cognitively effortful tasks affect other areas remains to be seen. In addition, it is not yet clear why the accumulation of glutamate in the LPFC is a problem or how the balance of glutamate is restored after rest. One possibility is that toxins are flushed out from the brain during sleep, Wiehler says. “There’s tons of research to come,” he adds.