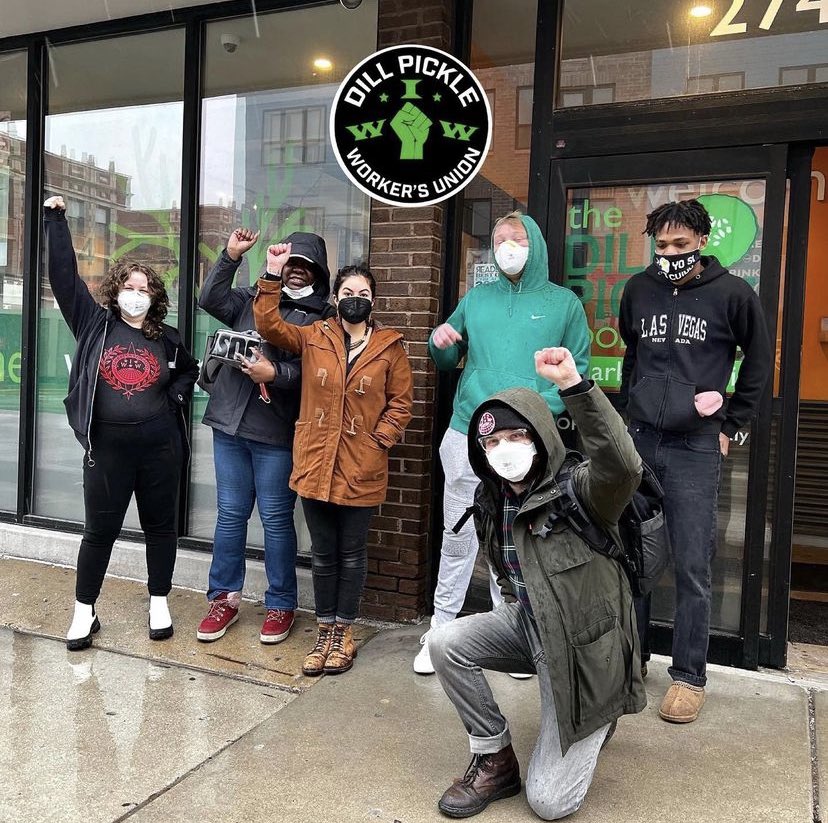 Recent events at the Dill Pickle Food Co-op in Chicago illustrate what workers describe as a pattern of mismanagement by general manager I’Talia McCarthy. In March, two union stewards — individuals elected by workers to deal with management — quit in response to the store’s lax COVID-19 safety policy, which allows customers to shop mask-less. One other steward was also fired after McCarthy accused them of stealing baby wipes with a coworker. Workers at the Dill Pickle Food Co-op are unionized with the Industrial Workers of the World.

“The steward was helping a worker with a clean-up that management refused to help with,” says Jessico Dickerson, a Dill Pickle worker and union member. “They were going to use the baby wipes to clean up the mess in the bathroom — but I’Talia didn’t acknowledge the footage of that worker looking for and being denied help by management prior to them going to the steward for help.”

Dickerson says these problems are symptomatic of a larger issue: mismanagement. Co-ops are supposed to be run democratically, but according to workers, McCarthy has explicitly stated that she does not believe in workplace democracy.

“The general manager has stated in the past that she doesn’t believe in democracy because it’s inefficient and takes too long,” says Dickerson. “But you work at a co-op and democracy is one of our top values, so I think this general manager has effectively become a tumor to the co-op and the store’s going to shut down as a result of her mismanagement.”

The lack of focus on democratic principles has manifested itself in other ways as well. The store’s previous general manager held all-staff meetings once a month and open-book finance check-ins weekly — practices which stopped after McCarthy took over, says Dickerson. The absence of fiscal transparency is particularly problematic because management has repeatedly cited financial troubles as their motivation for cutting hazard pay and other benefits from workers.

“Twice we requested to view the fiscal budgets for both 2020-2021 and 2021-2022, up-to-date sales for the current fiscal year, the salaries of the general manager and human resources department, and all other employees who receive salary pay,” says Dickerson.

Management would only agree to disclose this information to the workers if they agreed to sign nondisclosure agreements — but knowing that they might need to go public with the information, workers rejected the offer.

“I believe that they have something to hide,” says Dickerson. “Otherwise, why ask us to not disclose our financials to the public?”

Despite these issues, workers believe the Dill Pickle Co-op is in a transitionary period and positive change may be possible. They will be electing new union stewards within the next month, and the union contract will be renegotiated later this year.

“There’s hope on the horizon,” says Dickerson. “But management has got to stop their union-busting tactics or else the Dill Pickle Co-op will end up like its namesake, the Dill Pickle Club — a distant memory in Chicagoland history.”

Contact the IWW to start building a union at your job.