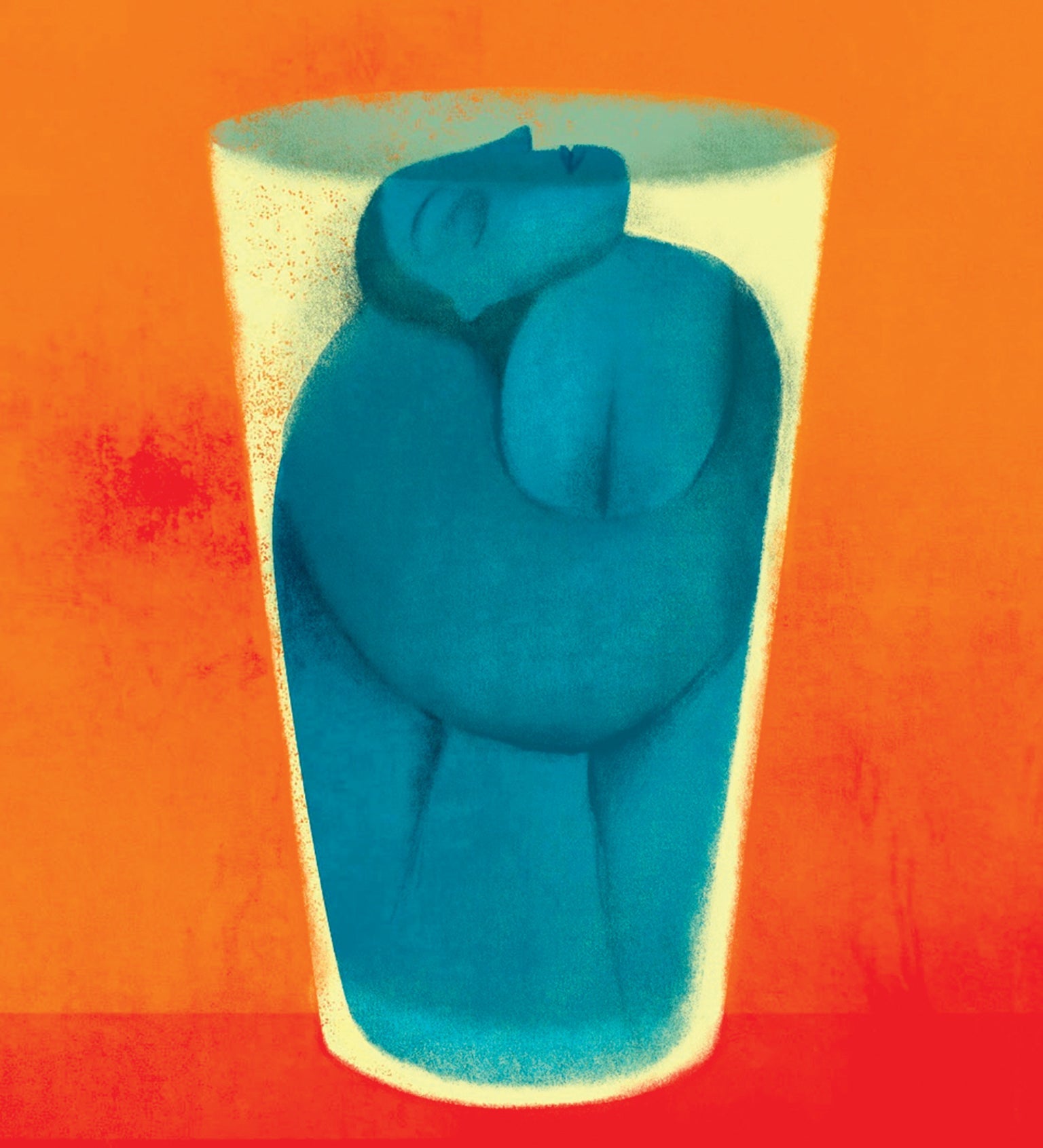 Serious question: How much water does the average adult need to drink every day? You’ve probably heard the usual answer: eight 8-ounce glasses, sometimes stated as 8 × 8. But there’s not much science behind this ubiquitous recommendation. A 2002 research review found essentially no reliable studies. Any truly serious answer to the how-much question will begin with some version of “it depends.” Are you in a hot location? Are you exerting yourself? Are you in good health? How big are you? Do you eat a lot of salty foods, or do you load up on fruits and vegetables?

We do need water every day, but the average person gets it from many sources: tea or coffee, soft drinks (which often include sugar that you don’t need), and food. “We typically get about 20 percent of our fluid requirements from solid foods and about 80 percent from beverages,” says Brenda M. Davy, professor of human nutrition at Virginia Tech University. To maintain a healthy balance of water, minerals and salts, health authorities say that adults should drink about a liter (34 ounces) of liquid for every 1,000 kilocalories consumed. That works out to be a little over eight cups for someone who takes in 2,000 daily calories—a possible source of the 8 × 8 notion. But most Americans achieve this level of hydration from a variety of foods and drinks, with about a third coming from plain water, according to a 2013 study of nearly 16,000 U.S. adults.

Natural thirst mechanisms are the reason that most of us do not need to be overly concerned about hydration. The adult body is roughly 60 percent water—closer to 80 percent in the lungs and kidneys—and it carefully controls the concentration of water. We are all familiar with the sensory aspect of this regulation: the dry throat and urgent alert of thirst. But recently neuroscientists have gained other remarkable insights into how thirst is monitored in the body and controlled in the brain.

Researchers have known since the 1950s that a pea-sized structure in the brain’s hypothalamus controls thirst. In a series of experiments in which he infused salt into the brains of goats, Swedish physiologist Bengt Andersson showed that a region called the subfornical organ (SFO) monitors the concentration of water and salts in blood and triggers the urge to drink. The SFO plays the same role in people. But Andersson’s ideas failed to fully explain how we experience thirst. For instance, when we gulp a drink, we feel almost instantly satisfied, and yet it takes 10 to 15 minutes for a liquid to make it from our mouth, through the digestive tract and into the bloodstream. “Something in the brain is saying that your blood may not have changed conditions yet but that you drank enough water so you can stop feeling thirsty,” explains neuroscientist Christopher Zimmerman of Princeton University.

In a series of elegant experiments with mice, Zimmerman and his associates measured the activity of neurons in the SFO. “We saw that their activity changed very fast when the mouse drank water or drank saltwater and when it ate food,” he says. Their research showed that signals converged on the SFO from several places. “You get a signal from the blood that tells your current state of hydration, a signal from the mouth that tells you how much fluid you drank, and a signal from the gut that tells you what was consumed—was it water, was it something else?” The SFO neurons, he explains, “add these signals together” and then transmit the urge to drink or stop drinking.

The big takeaway of Zimmerman’s work is that for the most part you can trust your thirst system to tell you when you need to drink, as opposed to following some arbitrary advice. But there are exceptions. Because the system’s sensitivity may decline with age, older adults may need to set reminders to drink—the 2013 study found that, on average, people older than 70 failed to get adequate hydration. People with certain conditions, including kidney stones and diarrhea, also need extra water. And research by Davy and others indicates that middle-aged and older people who are trying to lose weight or maintain weight loss consume fewer calories if they fill up with 16 ounces of water before meals.

Other parts of the brain—the ones used in planning—should help with hydration on hot days and when exercising. Thirsty or not, Zimmerman says, he drinks water before going for a run: “My thirst neurons don’t know I’m about to run 10 miles.”