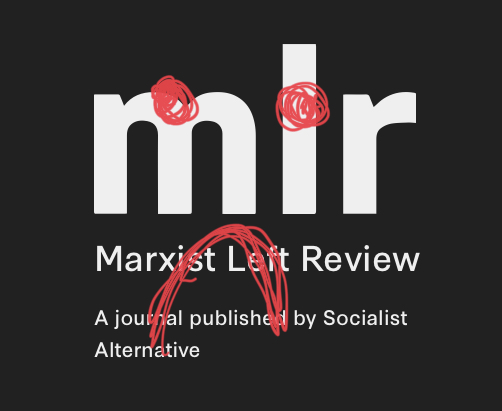 Praise and Criticism for Mick Armstrong’s Property is sacred: How Proudhon moulded anarchism

This is the best Marxist critique of anarchist history I have read… in a long time.

But, most of it could be written from an anarchist perspective. The Council Communist idea has had its anarchist supporters who don’t get mention in this piece, nor do the Situationist International, whom championed Council Communism and continue to influence many anarchists today. Sartre’s philosophy of Class Being in Critique of Dialectical Reason is the corrective for historical anarchism’s concept of the individual and Sartre’s other ideas in CDR (even including his analysis of anarcho-syndicalism) account for much of the rest. Daniel Guerin is referenced without being discussed at any length and it is unclear why the reference is his work specifically instead of any number of other anarchists’. When discussing anarchist opinion and action regarding government, they made sure to talk about the failures of the CNT leadership during the Spanish Civil War, but often-quoted anarchist Gustav Landauer isn’t mentioned at all for his role in the short-lived Bavarian Soviet Republic… a Council Communist Government, by the way. The overall conclusion seems to be that anarchists, with little exception, are always against doing anything with governments and reforms. If the author even knew how many anarchists voted for Bernie Sanders…

Moving on, Colin Ward of course isn’t mentioned as a reference even though he dramatically extends anarchist praxis post-WWII, not just to advocate various reforms but to put a heavy emphasis on urbanism and housing. Even though he may not be in the mouth of many anarchists today, Colin Ward is far from a nothing. That isn’t an excusable omission if the author was capable of including such contemporaries as Lucien van der Walt and Michael Schmidt, or An Anarchist FAQ.

Well for all the talk about Lucien van der Walt and Michael Schmidt, the author merely reduces their historical scholarship on anarchist class struggle to a matter of opinion about Stirner and Proudhon. The more important thing for anarchist history that Schmidt and van der Walt have contributed is to point out the existence of actual class struggle anarchists around the world. And that isn’t even a matter of history, either. I mean for fuck’s sake the Vermont AFL-CIO elected an anarchist for president in 2019: David Van Deusen!

Wayne Price doesn’t make it into the piece, even though he is far more well known in today’s anarchist circles than past libertarian socialists. Speaking of which, the whole notion of libertarian socialism, or libertarian communism, doesn’t make an appearance either. For a magazine that is supposedly of the Marxist Left, this is criminal. Speaking of Left Communism, it’s no wonder someone like Wayne Price is left out of this criticism of anarchism, otherwise one might have to admit that anarchists have in fact treated this niche trend on the left to our own critiques.

So in the end, this essay tends towards the typical Marxist critique of anarchism… but it does more than usual justice to anarchist ideas. An anarchist is still left to wonder what a Marxist critique even looks like if non-anarchist Marxists were ever to include the above-mentioned. Most of the anarchists I know understand quite well why this happens. It’s because after Stalinism and especially after the fall of the Berlin Wall, Marxism has been in crisis. And from this crisis, many Marxists have become much more sympathetic to anti-State views and now they come too close for comfort to us anarchists. It is imperative to their brand that they differentiate themselves because ultimately, there isn’t any reason why anarchism shouldn’t subsume Marxism eventually and consider Leninist, Stalinist, Trotskyist, and other such authoritarian forms of socialism as unfortunate aberrations. Left Marxists only have a few things left of the dividing lines of traditional Anarchist-Marxist conflict to cling to: centralization, reform, “the party” (a term they redefine whenever they feel like it… see the Invisible Committee’s “Imaginary Party” and Communization Theory for example), and “the State” (another term that sometimes means the State and other times means something anarchists would never call the State).

Someday, maybe… there will be an honest (non-anarchist) Marxist out there who can pen an informed critique of those forms of anarchism that embrace various forms of Marxist analysis. Until then, I’ll be enjoying life on the sunny side of anarchism feeling sad that these Left Marxists are still groping around in the dark for relevance.