MP3 recording that caught some of my presentation:

On December 5th, I presented at the East Bay Anarchist Bookfair and Conversation Event because there were not as many presentation submissions as I had hoped for. During the initial organizational meetings for the event, we discussed what the theme would be, which became both the Inhuman and the Anthroposcene. Thinking about the question, “what should the theme be?” inspired the content that would later become this presentation on the appeal of anarchism in a post-modern context. A question that I didn’t have an easy answer for and one that engaged a much broader perspective on the situation than may at first be assumed necessary…

Specifically in the context of Oakland, CA 2015, the problem(s) underlying a question of theming an anarchist event are tied up with a history of how anarchists past had answered such questions. In other words, I believe that considerations concerning the appeal of anarchist thought must take into account a variety of factors that are much different today than they had been even 15 years ago. Below is Douglas Rushkoff’s documentary, Generation Like. While it provides an engaging insight into changes in entertainment industry marketing since the 1990’s, it may seem like an odd choice of references for a discussion of anarchism. Though my presentation wasn’t an attempt to argue the relevance of this documentary, it is easy enough to summarize the presentation in this way. 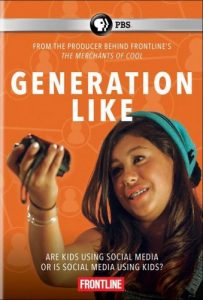 I began my presentation with a very condensed and focused overview of revolutionary ideology, industrial capitalism, and culture since the Enlightenment. I wanted to zoom out enough to demonstrate why two different periods saw such different forms of revolutionary (and specifically, anarchist) thought. The difference between Leftist revolutionaries in post-Industrial, capitalist societies and New Left (and/or) Situationist International-inspired revolutionaries in the demise of that period’s socio-cultural and economic foundations. I touched on the explosion of office work (but I didn’t discuss the problem of “the white-collar worker” for labor unions), the rise of New Hollywood, the development of the Consumer with the introduction of easy credit spending in the 1950’s (but I forgot to talk about credit spending!!), the encouragement of home ownership and its relations to suburban expansion, youth subcultures and the Counter Culture’s relationship to the period, and how these factors shape the appeal of anarchism in its rise from obscurity in the 70’s onward.

Yet I was covering this transition to lay a foundation for something else, a third period that contextualizes the discussion I was hoping to have at EBAB: the Digital Revolution. This is sometimes considered an additional development of post-modernity; hence, my titling of the presentation; but, neither of these terms (Digital Revolution, post-modernity) capture the depth of the changes that I think are relevant to East Bay anarchists …and some other places elsewhere. I believe that the changes happening right now in this period’s socio-political and economic climate will have impacts almost as important for anarchists as the shifting that took place around the 50’s and 60’s. From that conclusion, I also believe that analysis and critiques similar to those of the Situationist International are necessary for comprehending opportunities for anarchist revolt today.

Furthermore, it was my intention to exemplify the shortcomings of localized and subcultural forms of revolt, which is consequently popular in light of New Left, Situationist, Counter Culture, Punk, and other such things that spoke to Baby Boomers, Gen X, Gen Y, and some older Millennials. The very short of it is the Internet. But it’s also a lot more than just the Internet. Regarded with an eye to my earlier experiences that are outlined in Struggles of the Farmer Neighborhood in Tempe, AZ and Critique of the Farmer Neighborhood in Tempe, AZ …the Internet doesn’t change things everywhere in the same ways. There are still locations that could foster neighborhood and/or city-level subculture, which doesn’t have to look “subcultural”, but does require the viscosity of such a thing. Punk and such is still relevant in places where house shows and commercial venues will host punk bands. Where people can afford to create local subculture.

What I was speaking to in my presentation is a local situation that does not support such a development for those who would dare even attempt it. Some people would talk about this as cities after the Hipster, or they would talk about the Precariat, or just dismiss the subcultural as adolescent lifestylism. I’ve avoided such summations because I don’t find them focused enough to act practically upon as an anarchist. So in speaking to this context, I posed my unanswered questions concerning the appeal of anarchism. Questions not just about propaganda, but about strategies and tactics that could correlate with what may or may not be appealing about anarchism.

I provided a heuristic tool to use in the discussion, but I don’t think that it was very helpful despite my own use of it. If you care to test it out yourself, it was to take these three historical periods of anarchist appeal and think about whether that appeal was drawn from and drawn to masses, groups/subcultures, or how I believe status quo appeal is now framed …appeal to the personal, the “individual”. With the same caveat I provided in the presentation, these “templates” aren’t meant to understand an epoch in any absolute sense. They are merely helpful in chunking status quo discourses and the loyal opposition to those discourses throughout each of those three periods. In other words, anarchisms haven’t been limited to any of the three …but the popularity of a particular anarchism seems to hinge on attention paid to one or two of them over the others.

And that’s the presentation basically…