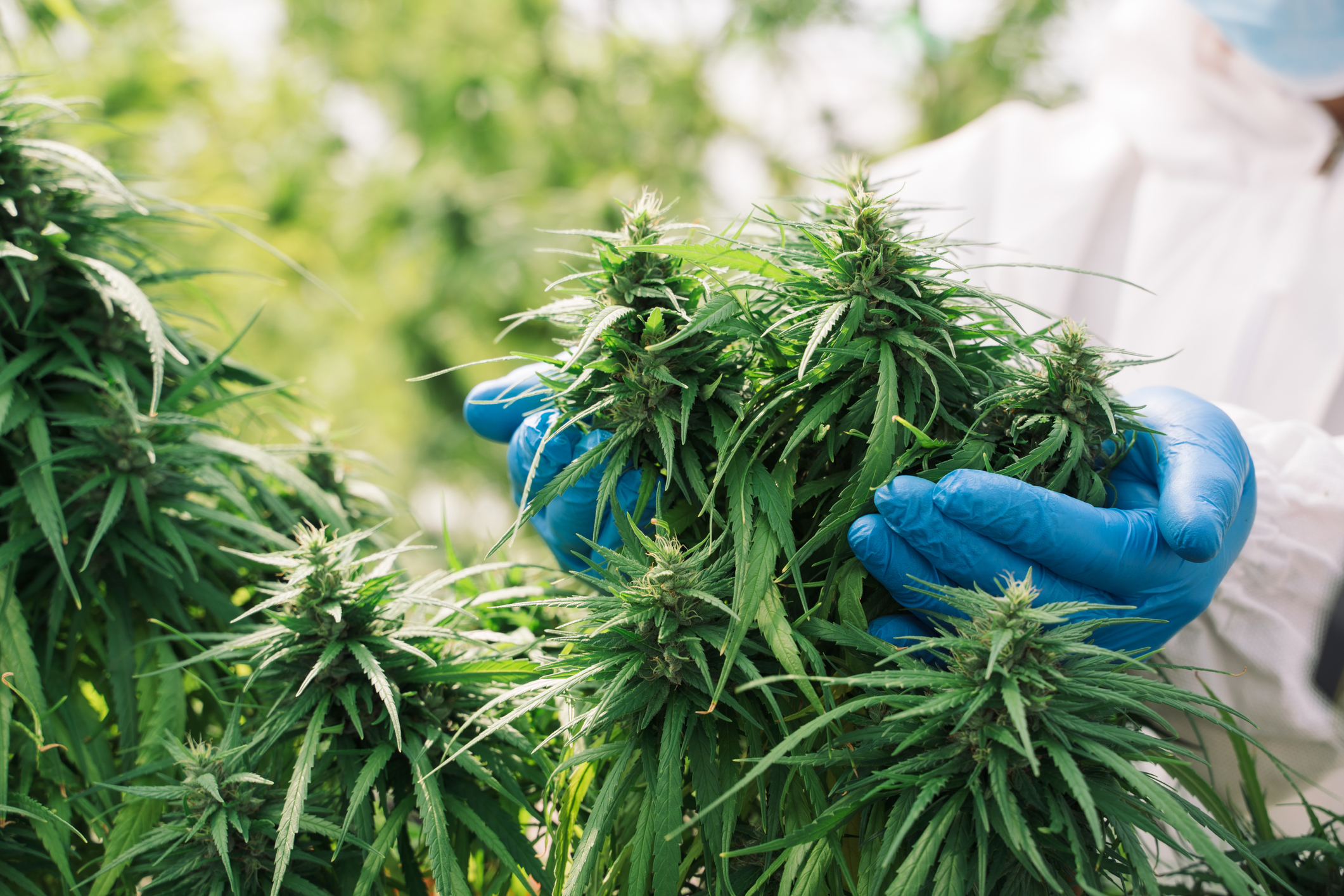 That one friend who insists weed has health benefits for everything under the sun could actually be on to something when it comes to one very important disease: COVID-19.

A new study has identified cannabis compounds as a therapeutic agent to prevent coronavirus infections by blocking the virus from entering human cells. According to the study’s authors, widespread use of these compounds from pot plants and a vaccination regime could help to fight the virus’s spread and the disease it causes in people who get infected.

“With widespread use of cannabinoids, resistant variants could still arise, but the combination of vaccination and CBDA/CBGA treatment should create a more challenging environment with which SARS-CoV-2 must contend, reducing the likelihood of escape,” the study’s authors write. The authors helpfully include a very clear diagram of this process:

As detailed in a new study published in the peer-reviewed Journal of Natural Products by researchers from Oregon State University and Oregon Health & Sciences University, the scientists were looking for a biological compound that could bind with the spike protein of the SARS-COV-2 virus, which causes COVID-19. Using a technique called affinity-selection mass spectrometry (used to quickly assess a large volume of compounds) on cannabis, the researchers honed in on three compounds: cannabigerolic acid, or CBGA; tetrahydrocannabinolic acid, or THCA-A; and cannabidiolic acid, or CBDA. Sadly, since THCA-A is a controlled substance, they couldn’t get enough of the stuff to assess its effects and focused on the others.

So, what does that mean? Most of us are familiar with THC, which gets you stoned, and also CBD, which does not get you stoned but which you can buy in a can of infused soda and appears to have other health benefits. What you might not know is that those glorious substances come from precursors, which are acids. CBGA is only found during the live, growing phase of the cannabis plant, and converts into everything else we love about it. CBDA turns into CBD through “decarboxylation,” which can be the application of heat through smoking, vaping, or baking.

What that means is that you can’t really get CBGA and CBDA via any process of ingesting cannabis that gets you high. Rather, you’d have to extract it from a hemp plant that probably wouldn’t have made it to the bowl of your resin-stained bong to begin with.

The team incubated the live virus with cannabis compounds as well as a control and, after 24 hours, injected them into human epithelial cells; they found that cells that had been treated with CBDA and CBGA lacked SARS-COV-2 RNA. They performed the same procedure on live alpha and beta variants, first detected in the UK and South Africa, respectively, and found that the compounds had the same effect in both cases. They express optimism that these compounds can be effective against other variants, too.

“Our data show minimal impact of the variant lineages on the effectiveness of CBDA and CBGA, a trend that will hopefully extends to other existing and future variants,” the authors write.

Their findings point to the cannabis compounds as “virus neutralizing,” capable of blocking the entry of coronavirus in high concentrations that the researchers note are  “high but might be clinically achievable.” They recommend oral administration of the compounds—meaning adequate use of cannabis for COVID-19 prevention would likely come in the form of a pill or liquid.

“These compounds can be taken orally and have a long history of safe use in humans,” said Richard Van Breemen, first author on the study and Professor of Medicinal Chemistry at the Linus Pauling Institute at Oregon State University in a press release. “Our data show CBDA and CBGA are effective against the two variants we looked at, and we hope that trend will extend to other existing and future variants.”

While we don’t want to get overexcited, we think it’s clear what the Biden administration should do next: legalize pot so that this research can look into all avenues including THCA-A, fill America’s breadbasket with cannabis plants, and send every person in America all the pot extracts they need to finally end this thing.