The Future and Rebellion 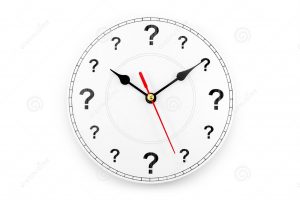 The themes of time, context, and rebellion have run through a variety of anarchist events that I have attended lately. This has taken the form of discussions about lifestylism (with crimethinc often cited), leftist ideals of the Revolution, the notion of prefiguration, and ideologies. The conversations usually go something like this:

– Leftist revolutionary movements construct the image of an ideal, future society; one without capitalism, class, the State, and various systemic prejudices. Some of the developments which come out of this sort of revolutionary ideal are: organizing in a manner that takes a form similar to that of organizations in the future society (prefiguration), developing strategies for taking over the means of production (syndicalism), trying to inspire the correct subjects to insurrection (general strikes, occupations, riots), and generally orientating towards the future as a time of salvation, liberation, and peace.

– However, anarchists don’t necessarily have a blueprint or an ideal, future society. Anarchists who have focused on the present moment and sought to immediately deal with the ways that they are limited and smothered by the social structures governing them appear throughout modern history. This sometimes leads to drop-out cultures, the creation of self-sustaining communes, illegal methods of sustaining themselves, attack as an expression of personal and practical desires, as well as dietary, racial, sexual, and gender-oriented considerations.

– Leftist revolutionary ideals are an absurd waste of time in the 21st Century and they put one on well bloodied path of monotheistic idealism, ideology, and politics. The problem then becomes the global scope of the systems that subjugate us and how granular their focus becomes when they attack. Even when ignoring or opposing a leftist, revolutionary orientation, attempting to fight one’s way out of the mess of their individual life makes one an enemy of these systems. There is no clear strategy for winning at the individual or collective level.

– When dropping out, illegal subsistence, collective living, free love, and attacking from the shadows isn’t enough to gain autonomy or requires more than a reasonable amount of risk, it becomes clear that not only are the Left’s myths absurd, but imagining a future that is not bleak (or one even worth living in) is difficult. This provides further motivation to focus on the present, immediate alleviation of one’s suffering; but, in doing so it traps rebellion between conformity (total failure) and activities that have little to no impact on the order of things …even if they are the least compromising of methods available for survival. Without any future orientation whatsoever, rebellion is limited to dodging blows without effectively striking back. So, to carry out a rebellion that grows and accumulates power instead of one that consistently crumbles back into the ruins from which it emerged, some sort of future-orientation becomes necessary …if only to respond with consideration to the patience of our enemies.

To start answering the questions above, let’s start by remember that even if we are not all dispossessed and recently proletarianized, we are at least not in possession of any means to sustain or own lives, nor methods for using acquired means that would create a foundation upon which sustained attacks against our enemies can become more effective. At this point, even as a superficially self-sustaining intentional community, we would not have the means to preventing shit like the pollution of atmosphere we depend on (or global warming), surveillance/infiltration/attacks from the State, energy resources we’d need (hence, the market), etc. Even if we somehow did manage to carve out a more permanent autonomous zone, chances are that it would not sustain generationally: even with the best forms of indoctrination (which would require the sort of ideology we’re rejecting here) kids will want into the grandeur of the metropolis… whether for sex, for fun, or because it does a better job of creating cheap, entertaining shit. So to the extent that lacking space, means, and autonomy could be alleviated, that lack already puts us a long way from having places for ourselves that are not a compromise with our enemies.

For anarchists, whose rebellion has broadened to all that which may subjugate them, there are far fewer packages to buy and issues to think of as singularly important than there are for those rebels who oppose one form of domination, but not all. Anarchist rebellion is so broad that it takes as its enemy almost the entirety of established institutional society. This means that beyond the lack of possession discussed above, for an anarchist to survive there is additional and inevitable compromise with one’s enemies. This compromise can range for a variety of jobs, to the desperations of poverty, to the risks of being caught carrying out illegal actions to simply live another day, to giving up a rebellion against all forms of domination. Anarchist rebellion begins and often ekes out an existence in the terrifying, lonely corner of near-complete rejection of and enmity for the world. This means that even for an anarchist to simply survive as an anarchist, they are already in a perpetual state of rebellion.

Survival and compromise, which can never be satisfying, creates an individual interest in …making shit better. To do this without entirely losing whatever it was that one thought was worth fighting the whole entire social order for, it becomes desirable and maybe necessary to meet other rebels. Meeting others and even devising some methods to alleviate each other of some pains which rebellion brings can also and often does become insulating: a life in a sometimes less painful bubble midst a society one was already alienated from. Here enters the lovely world of group dynamics, with its problems of group-think, status jockeying, power plays, personality clashes, and in-group mentality. This can happen in a collective living situation, a cooperative businesses, a syndicalist union, a social clique, a street gang, an gaggle of squatters, whatever …it happens with groups generally. Out of individual and collective interest in surviving with as little compromise as possible, anarchists come together to try and figure it out and yet still, only more problems!

On top of those group dynamic problems, the particular attitudes and values of anarchists can compound the isolation, hopelessness, and angst many anarchists experience. Anarchists groups can often be a downright miserable series of relationships that may seem like they were created from a false premise, even if they weren’t. More to the point, such a context itself can hallow out the future of anything desirable. Any belief in eventual individual satisfaction, fulfillment, joy and/or collective well being, sustainability, care and god forbid a successful attack or autonomous space. The misery of living with miserable people can completely rip the future as a creative, imaginal space from the psyche and throw it into oblivion with the rest of this damned world. But ought we to oppose an orientation towards the future? I do not think so.

Futures aren’t solely a realm specific to ideologues and theologians. The persistence of subjectivity through time and in orientation towards a future existence is the framework for rebellion. Rebellious activity already assumes that there is something worth protecting and preserving, something that is worth defending in its existence against whatever forces attempt to oppress, dominate, subjugate, or exterminate it. Without that something, it’s not rebellion. Some anarchists are more egoistic and their rebellion takes the form of first being an attempt at realizing an immediate desire. But at the moment when the realization is opposed by force, it again puts action in the realm of rebellion. Even for the orientation of maximizing one’s potential to realize their desires generally, there is already within the relationship between the subject and its context an orientation towards a future. There is a future for the something: the uniqueness of the individual, the skills or space to act upon immediate desires, or the qualities of one’s identity which can not be changed and are nevertheless condemned in the social order.

To first emphasize what is disgusting about ideology with a special consideration to Leftist revolutionary thinking; these forms of thought insert poison into the imaginal spaces of our futures. They don’t themselves invent the entire framework for future; the phenomenological scaffolding which is substantiated with goals, dreams, visions, and aspirations. Furthermore, what ideological garbage does is replace that something which one is protecting and preserving in the rebellious act with an Other: State, Soul, Man, Singularity, Reason, Rights. The reason for the act is controlled by ideology for these Others. Ideology additionally benefits from disguising these Others as something objective …something with more reality, weight, and value than individual subjects and their finite, mortal, and muddled existences. These Others that are supposedly more important and more valuable than the individual agent have futures that will persist, that will be worthy of a rebel’s anguished existence, that will be the Future of all futures …says the ideologue.

That said, there is still a future orientation presumed in the act of rebellion and this includes the anarchists’ rebellions …even after rejecting the Left. The difference is that this future orientation would depend upon the individuals involved as the something protected and preserved and would aim at what anarchists already aim at in their togetherness, even if feebly: places to live, play, and plot that require as little compromise as possible with the existing order. Methods of surviving and attacking that attempt to expand the space and means by which to further survive and attack. A better squat, maybe next week. A new arrangement for free food. A more accurate understanding of how to eliminate that which subjugates us to it. Whatever that future orientation is, in whatever distance… it is there. To not focus on it, to confuse it with ideology, or to attempt to cut oneself off from a future orientation entirely conflicts with one of the fundamental properties of rebellion itself.

There’s additional reasons why attempting to cut oneself off from a future orientation is a bad idea which are tied into the ontological question, the ways in which time plays into subjectivity, and other shit beyond the scope of this piece. As a teaser, one of those reasons is because it forces you into a past orientation, which is what a present-tense context is constructed from: past traumas, conditions, meanings, relationships, habits, diseases, financial situations, legal statuses, etc. There are practices related to the present-tense that are meditative and attempt to break with the past, but those are difficult and impractical mental states to maintain …even if valuable from time to time. Anyway, it’s what I have mentioned above that ties into resolving issues of time and context in anarchist theory. A future orientation itself doesn’t provided any particular practices worth promoting to improve everyday life and our individual life stories, but it keeps the door open for practices that require more long term thinking and it maintains coherence with rebellious activity in general.