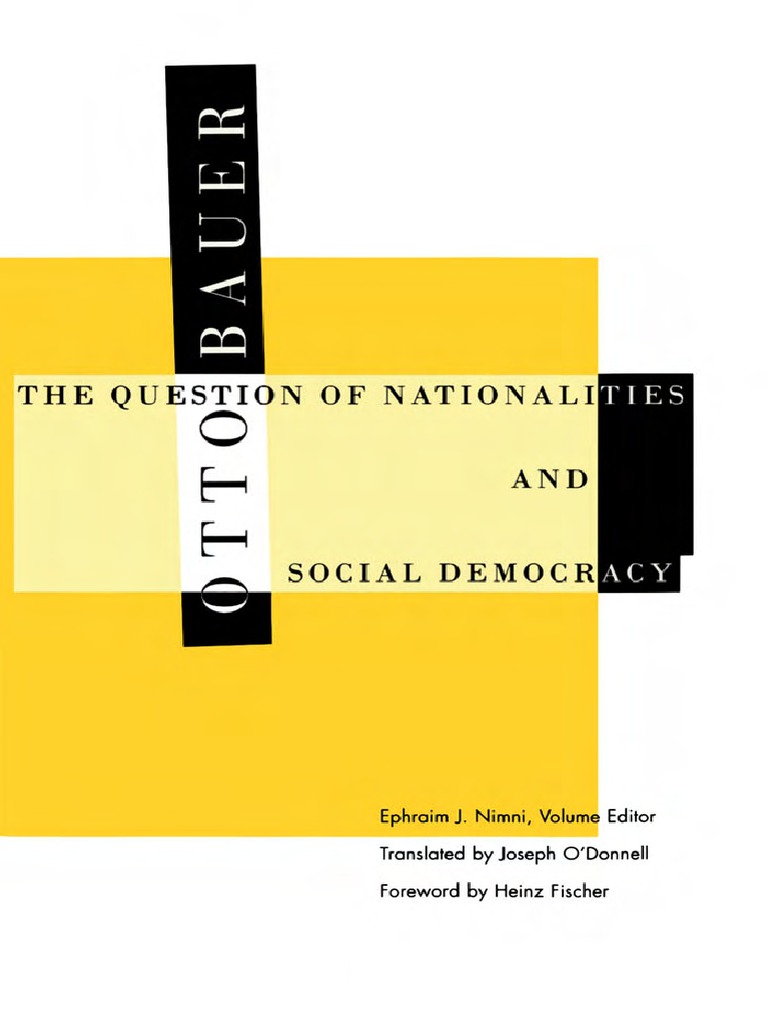 The Question of Nationalities and Social Democracy, by Otto Bauer

Until now, The Question of Nationalities and Social Democracy was the only remaining work of classical Marxism not fully translated into English. First published in German in 1907, this seminal text has been cited in countless discussions of nationalism, from the writings of Lenin to Benedict Anderson’s Imagined Communities.

The issues Bauer addressed almost a century ago still challenge current debates on diversity and minority rights. In this remarkably prophetic text, Bauer foreshadowed current ethnic conflicts in the Balkans and in the former Soviet Union and advocated an early concept of multiculturalism. Attempting to reconcile Marxism with nationalism, Bauer called for a system of self-determination for ethnic communities in which extensive autonomy would be granted within a confederal, multicultural state—in Bauer’s words, a “United States of Europe,” with remarkable similarities to the contemporary European Union.

Otto Bauer – The Question of Nationalities and Social Democracy