U.S. ‘not as advanced’ as China and Russia on hypersonic tech, Space Force general warns 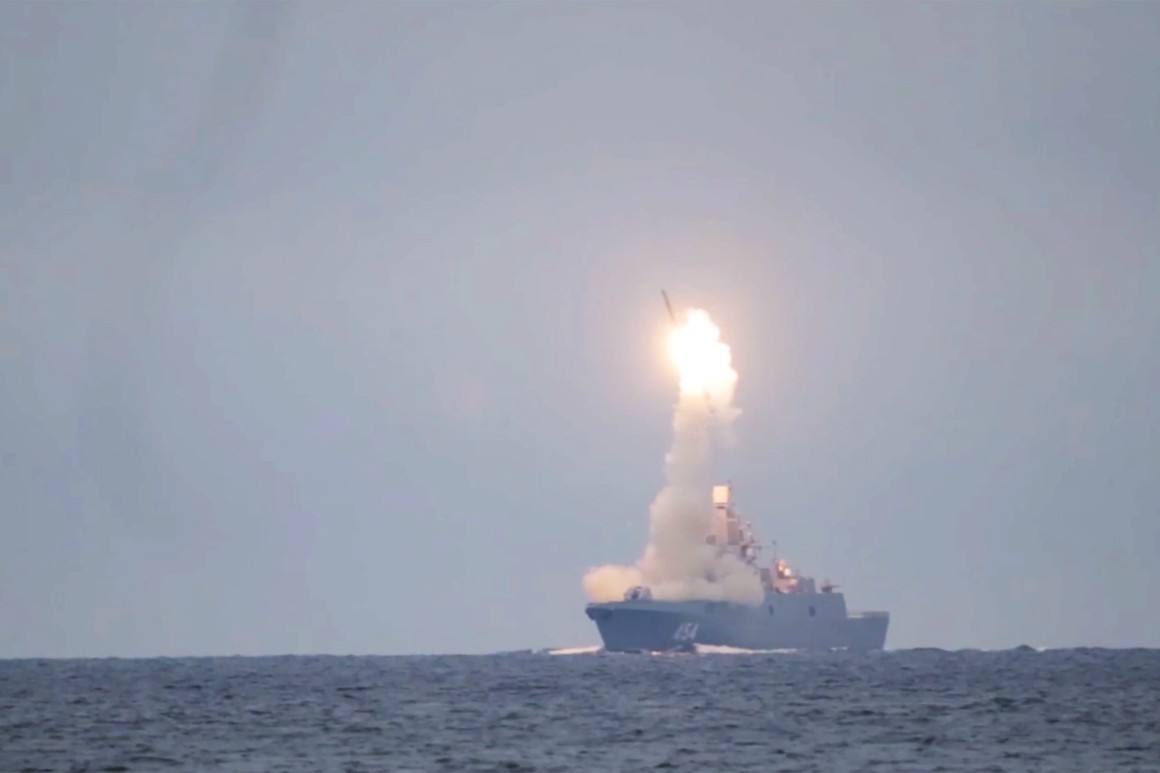 HALIFAX, Canada — A top Space Force official admitted on Saturday that the U.S. has “catching up to do very quickly” to match Beijing’s hypersonic capability, one week after China successfully launched a missile that circled the globe before striking a target.

Russia also launched a hypersonic missile from a warship in the Arctic this week, underscoring how quickly Washington, D.C.’s two primary competitors are racing ahead in this technology.

“We’re not as advanced as the Chinese or the Russians in terms of hypersonic programs,” Gen. David Thompson, vice chief of space operations, said during his appearance at the Halifax International Security Forum.

Hypersonic missiles fly at least five times the speed of sound, but their ability to glide on the atmosphere while changing direction at such a high speed makes them virtually impossible — with existing radars — to track and destroy.

While the Pentagon has pushed the development of new hypersonic missiles, the Army isn’t slated to field its first missile until 2024. The Navy is aiming to put its own version of the missile on a destroyer in 2025 and on Virginia-class submarines in 2028.

“It should be no surprise to anyone that China is developing capabilities that would be viewed negatively by like minded allies and partners,” Adm. John Aquilino, head of U.S. Indo-Pacific Command, told a small group of reporters on the sideline of the event.

The Space Force is working to “figure out the type of satellite constellation that we need” to track these missiles, Thompson told POLITICO after his public remarks. “It’s a new challenge, but it’s not that we don’t have an answer to this challenge. We just have to understand it, fully design it, and fly it.”

While there’s no timeline for when these new satellites can get into orbit, “we’re evolving our approach and our timelines rapidly,” Thompson said.

Both Thompson and Aquilino expressed concerns for how the often slow and risk-averse acquisition process is affecting the military competition from under the sea and into space.

“The bureaucracy that we’ve built into our defense and acquisition enterprise, not just in space but in other areas, has slowed us down in many areas,” Thompson said. "The fact that we have not needed to move quickly for a couple of decades — in the sense of a strategic competitor with these capabilities — has not driven us or required us to move quickly.”

Chinese leader Xi Jinping has publicly spelled out a plan for his military to achieve parity with the United States by 2027, and become the leading global power by 2050, making Beijing’s rapid development of new weapons unsurprising, Aquilino said.

“We should expect capabilities like that to show up, and I think the answer is our system has to be able to respond much more quickly,” he said.

There is progress at the Pentagon, however. Last month, the military successfully tested a rocket engine meant to launch the hypersonic glide body into the atmosphere. And on Friday, the Missile Defense Agency awarded contracts to Raytheon, Lockheed Martin and Northrop Grumman in a competition to develop a new hypersonic Glide Phase Interceptor that will be capable of destroying an incoming hypersonic missile.