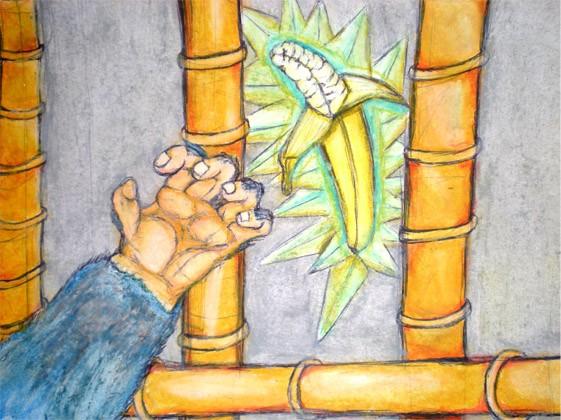 So the 1 Trillion Dollar Question!

First things… what do we mean by the term “praxis”? This word has a specific meaning for existentialism (and here I mean Sartre’s) that should be considered. A very good discussion of Sartrean Praxis can be found in Matthew C. Ally’s “Ecology and Existence: Bringing Sartre to the Water’s Edge”.

To summarize, “praxis” from an existentialist perspective is more than everyday labor, work, or action. Praxis is the intentional activity of an individual or a group within the material environment that aims towards historical ends. Breaking that definition down into its parts would require some pages, but the point of emphasis here would be the relationships between intentionality, the material and cultural world(s), and history. Praxis is that form of activity that anarchists are engaged in when they are changing the historical material and social structures of the world.

Now, different anarchists approach praxis in different ways. Some anarchist praxis intends towards a predefined social arrangements. Some anarchist praxis intends only towards the negation of the current social arrangements, such-as capitalism, the State, other hierarchical institutions, etc. Still others intend towards changes in everyday life …culturally, lifestyle, various forms of mutual aid. Some are revolutionary and others are insurrectionary. Some are neither revolutionary nor insurrectionary and their praxis is gradual, sometimes thought to be reformist.

In general, there is a major difference among all those different approaches that divides them into two camps: those that have something like a “vision” or a “model” that they are attempting to realize, and those that do not have anything like a model who will try anything within limits to realize their freedom. Existentialist Anarchism would fall into the latter camp, with some modifications to approaches taken by egoists, mutualists, anarcho-punks, and others from that camp. Those modifications make the answer much more complex than it may seem at face value though, mostly because of the way that existentialists understand history and praxis.

Your question suggests that you’re interested in an answer that is more concrete than what I’ve said so far; but this aspect of existentialism (though “theoretical”) is fundamental to the answer. From an existentialist anarchist perspective, it is crucial to clarify how history develops and how individual and group activity fits into such historical development. Sartre’s unfinished two-volume work, the Critique of Dialectical Reason is exactly on this topic, but again I’ll summarize some of the conclusions.

Consequently, this lack experienced by individuals in a world of scarcity leads to the world becoming (in experience) an “instrumental field”… In seeking to meet their needs, the potential for things in the world to be used for meeting those needs is emphasized for the individual and from that experience of an instrumentalized world, human beings also instrumentalize one another, becoming means and objects for one another, and competing with one another in a world of scarcity to meet their needs. History begins from scarcity.

While none of that itself explains the various ways that human beings relate to each other in groups, those processes of group formation are covered extensively in Sartre’s Critique of Dialectical Reason. It gets a lot more complicated and more difficult to summarize, so I’m going to skip over that and describe the consequences for anarchism…

So what does anarchist praxis look like when it is informed by existentialist dialectical nominalism?

For one, that means that existentialist anarchism recognizes and emphasizes the important role that the “practico-inert” plays in the development of history. More than just the recognition that the private ownership of the means of production is a form of political power, existentialist anarchism recognizes that all of the relationships that individuals (and groups) are in with the world are contingent upon the situations shaped by our shared, material circumstances. This includes not only labor (and work), but also aesthetic creation (art) and the ecological impacts of human decisions. Existentialist Anarchism is thus concerned with all of the above: labor, art, ecology, etc.

Another important point is that existentialist ontology informs an anarchist understanding of the State and the concept of Sovereignty that the State claims for itself. For existentialists, only the individual is sovereign. Institutions (governmental or otherwise) only function to the extent that individuals negate their own sovereignty (and freedom) towards the goals of such institutions. Existentialist Anarchism recognizes that in this way, all institutions …even those calling themselves “anarchist”… require the negation of individual sovereignty. However, there is a difference between institutions and organizations… and between organizations and affinity groups (or groups-in-fusion).

“Jean-Paul Sartre’s term in Critique de la Raison Dialectique (1960), translated as Critique of Dialectical Reason (1976), for the embedded or sunk (to use the economics term) results of praxis, by which he meant deliberate, goal-oriented human action. As such, the practico-inert is the matter with which praxis must work. For example, climate change is the product of hundreds of years of human endeavour, which until very recently was (and perhaps even still is) seen as activity contributing to the welfare of humanity. Industrialization brought real rewards to at least some sections of society, not only improving the standard of living in monetary terms, but also improving the quality of life by providing labour-saving, indeed life-saving new technology. But now it is clear that very same process has created the potential for a catastrophe on a global scale. As Sartre puts it with regard to his own highly localized example of deforestation in China, humans have done what humanity’s worst enemy would have done if it had wanted to destroy humankind. The very thing that calls most urgently for praxis now is in fact the result of past praxis.”

Alright… so ALL OF THAT (and there is much more) considered: Existentialist Anarchism begins from the concrete existence of the individual being-in-the-world and the ontological freedom of consciousness. After moving onward to investigating the ways in which human beings, in their attempts to meet their needs through praxis, have created the practico-inert field(s) that structure their context… then, Existentialist Anarchism concentrates on the various forms of groups, collectives, organizations, and institutions and their consequences for ontological and practical freedom.

The particularly Existentialist Anarchist praxis is thus shaped by recognizing that institutionalization results in the creation of a practico-inert collectivity that negates individual freedom. So party politics, anarchist federations, etc. are not the recommended course of action. Instead, groups-in-fusion, pledged groups, and some organizational models preserve individual freedom and fill the needs to collaborate towards the ends of meeting human needs. But to maintain such groups and models, individual freedom must become the regulating condition with each individual recognizing the preservation of one another’s freedom as a top priority.

This praxis could look like mutual aid work, fighting colonial institutions (something extensively developed in the existentialist literature), land projects, artist coops, environmental groups, or whatever. The recognition that history develops through praxis, its practico-inert results, and the counter-finalities that cannot be predicted beforehand guides the focus of that praxis towards realizing freedom practically and meeting needs. Insurrections and revolutions aren’t of any value in themselves and revolutions can often result in new institutional arrangements. However, should such anarchist praxis have insurrectionary consequences then so be it.

It should also be emphasized that existential anti-essentialism informs much of the critique of Property, the State, the Nation, Capital, Rights, Laws, and many other topics. And it should also be mentioned that much of radical education has been informed by Paulo Freire’s “Pedagogy of the Oppressed” …Freire himself something of an existentialist: https://en.wikipedia.org/wiki/Paulo_Freire

Hope that all helped! Please ask some more questions if you have any 🙂

Inquisitive individual: I see I see, thank you for that! I still have many questions but I do have a better idea! Very much appreciated

Squee, if there is one thing I would like to ask if you’re willing… Simply put, what would it look like in an Existentialist Anarchist society? What would such a place look like? How would daily life be different? I’m curious
If you could explain that to me I would appreciate it

Squee: Well as I said before…

“In general, there is a major difference among all those different approaches that divides them into two camps: those that have something like a “vision” or a “model” that they are attempting to realize, and those that do not have anything like a model who will try anything within limits to realize their freedom. Existentialist Anarchism would fall into the latter camp, with some modifications to approaches taken by egoists, mutualists, anarcho-punks, and others from that camp. “

That said, I understand the desire to imagine another world that would be more in-line with my desires. Even then, it’s important to keep in mind that a lot of things that have nothing to do with existentialism and anarchism shape society and daily life. Two of those things are the form of food production and the structure of the family. The differences between a hunter-gatherer society, an agricultural society, and an industrial agricultural society with complicated supply chains are pretty huge. And the differences between societies where extended families live together, or nuclear families, or single people/couples and friends make up the primary forms of household occupancy (among other forms) are also huge.

Another issue with proposing a model society is that most actual societies throughout history have been a mix of various forms. There’s a phrase, “don’t let perfection be the enemy of the good” – or, something like that – which I think is apt to bring up when someone asks a question like this…

Finally, the last issue I will bring up regarding the question(s) is that an existentialist answer is particularly difficult to come up with because there is an “otherworldly” aspect to the potential answer. To propose an idea for an Existentialist Anarchist society would be to risk idealism, which is something very far from the approach to concrete, lived experience that existentialism is based on.

As far as anarchist models of society, there are a few that I can think of from the top of my head: hunter-gatherer bands, eco-villages, communes, industrial societies with worker-owned/worker-managed production and distribution, and market anarchist societies. For the most part, each of these have been lived at some point in history. In all of these forms of society, what makes them different from their authoritarian counter-parts is that decision-making at all relevant levels is open to all who are effected by the decisions and participation is not coerced through various forms of violence …not the violence of police, nor the violence of artificial scarcities.

There are two books that I recommend to anyone that wants insight into the structure of everyday life in anarchist societies:

There are probably other accounts of anarchist societies that I haven’t read, especially anarchistic hunter-gatherer tribes. George Orwell also wrote a book that discusses the Spanish Revolution-era anarchists, “Homage to Catalonia” …but, it’s not anywhere near as detailed.