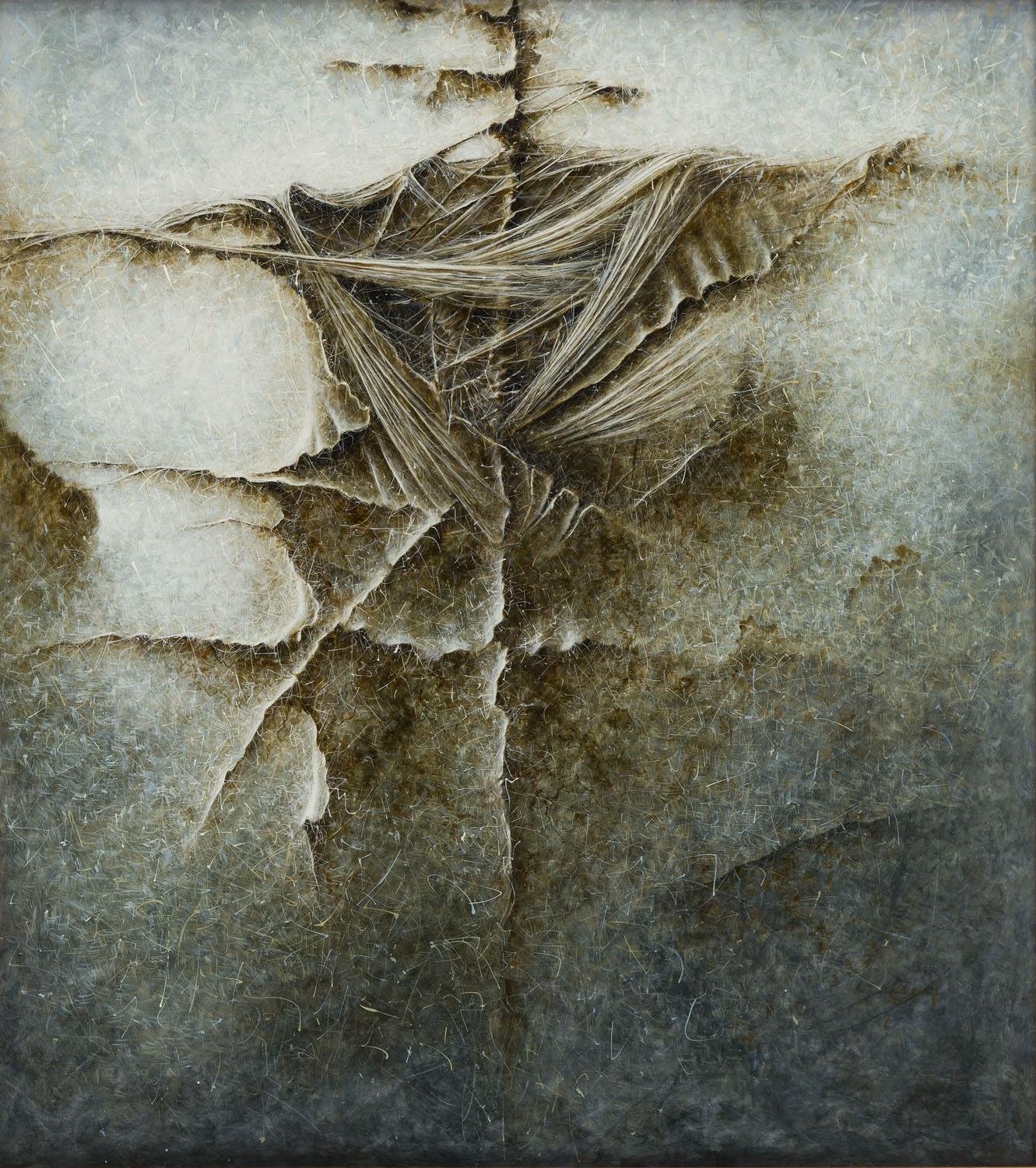 2018 was a good year for me, but it wasn’t productive when it comes to my research and writing. And really, this lack of productivity goes back further than a year. At most, I’ve been able to write only a few things over the past 3-4 years. Some reviews for Anarchy A Journal Of Desire Armed, some blog posts, the course material to be used for some presentations at East Bay Anarchist Bookfair and the Berkeley Anarchist Study Group. The main reason why is because I have set myself some fairly mammoth goals which modify the whole framework from which I want to think about things and inevitably write about them. So for this New Year update, I’m going to outline those goals.

The two overall goals have been (and will continue to be) thus:

1) To bring into coherence my approach to philosophy and its application to historical, (a)political practice.

I have been an existentialist for a long time. It is where I began with philosophy and it is where I have remained. Although I have also been an anarchist for almost as long, it was from reading Albert Camus’ The Rebel that I learned about Max Stirner, Andre Breton, and some other big influences on my approach to anarchism. A big part of this foundation in existentialism comes from my interest and education in psychology; or in other words, the problem of individual freedom has always seemed to me like a problem that can only be addressed by first attempting to understand what an individual is. As a community college student, most of the classes I took were in psychology and specifically, social psychology. Although this took me beyond the conventional boundaries of existentialism, especially when reading those anarchists who have also stressed the importance of social psychology (see Dennis Fox’s work), the more I have studied psychology the more that existential psychoanalysis has seemed to me to be the most applicable to this larger interest in individual freedom.

So as an existentialist and an anarchist, I have been searching for social psychological frameworks that both adequately situate the individual in their environments and also have the capacity to preserve said individual’s freedom and lived experience. And by environments, I mean all the environments… their regional ecological environments, their social environments, how they’re situated overall in history. To say the least, this kind of overarching method is harder to come by than one may think at first blush. A good deal of social theory (anarchist and otherwise) situates the individual adequately-enough, but it doesn’t actually provide the argumentation or justification for individual freedom since it begins with broad analysis of various institutions like the State, capitalism, etc. and relies on mere assertions regarding how it is that individuals are or can ever be free. This is an issue that becomes even more clear when post-structuralist thinkers have been incorporated into anarchist theory. On the other hand, there aren’t that many conventional philosophers influencing social theory who are willing to take on the task of arguing for actually existing individual freedom. When there are, they are often thinkers who don’t address the challenges of Structuralism and post-Structuralism, retaining the naive bourgeois concept of the Cartesian rational individual. Alternatively, there have been the existentialists.

Of course, the popular reading of existentialists often ignores the social and political aspects of existentialism. This isn’t helped by the fact that most existentialist philosophy also ignores it. However, throughout the 20th Century, existentialism did grow into a philosophy with a social theory. This can be see in Sartre’s later works, though not only in those works by that thinker. One of the main reasons existentialism hasn’t been recognized in its social theory is that Sartre’s work on this wasn’t translated into English until the 1990s. Current scholarship is still catching up. And although Sartre died describing himself as an anarchist, from what I have translated from French websites shows that the French anarchists didn’t accept him as one. The reason my be similar in France as it is in the United States… anarchists in France may not have read his later works. What is often called “The Turn Towards Post-Structuralism in French Theory” may also have contributed to this situation.

Anyway, the above is just a long-winded way of me saying that I’ve never been satisfied with Marxism, nor American sociology, nor much anarchist social theory when it comes to developing a coherent system that both situates the individual in their historical environment while also preserving the freedom of the individual and the free choices they make while living said history. Fortunately for me and mostly because of better financial situations, I have been able to finally study Sartre’s later works through both primary and secondary sources. What this looks like right now is that I am reading these two books:

They’re dense, but not as dense as Sartre’s the Critique of Dialectical Reason and they’ve been especially helpful since part of this project, I feel of necessity, must also include an engagement with post-structuralism. So far, I’m learning a lot. But probably due to spending so many years attempting to apply existentialism to social theory on my own, Sartre’s conclusions about much of this aren’t a huge alteration to what I had already been thinking. What is important for me is that it is all there. Sartre’s engagement with Marxism, Historical Materialism, other forms of Sociology, and the question of Individual Freedom. I’m sure as I move forward with this research, there will be a lot that enlightens me. For instance, where as Marx centers the development of History on human labor, Sartre centers it in individual praxis. It is also directly relevant to my project that Sartre develops this method of historical analysis into a way of differentiating such social forms as the group, from the institution, from the atomized (serial) existence of the individual in mass society, from other forms. He also does not leave out commentary on anarcho-syndicalism …but I haven’t gotten to that yet.

My hopes are that throughout studying all of this, I will be able to more systematically read History in general, and the specific history of the context that I… that we are situated in. The other part of it, the existential psychoanalysis, is also key in this Sartrean method. But, I don’t feel the need to elaborate on that just yet. The way that I want my writing to read when I am ready to be productive with it are like the following articles… a sort of mix (but not a substantial mix) of the one article that situates anarchists in the broader non-Left of the United States (and the individual anarchist in that situation), with the sort of existential psychoanalysis that could take such things into consideration as the burn-out discussed in the second article:

What is the Left?

The US Left doesn’t quite exist.

Everything you might call “the socialist movement” — anarchists, Marxists, democratic socialists — is on the edges of a bigger phenomenon. A few months ago a multi-year study was published, finding that the strongest predictor of an individual’s politics isn’t demographics, party affiliation, or even self-identified ideology. Rather, the US has seven distinct segments with their own ideologies, demographics, social networks, and “basic values” (for instance, how they raise children). US politics happens through that set of political subcultures.

How Millenials Became the Burnout Generation

“That’s one of the most ineffable and frustrating expressions of burnout: It takes things that should be enjoyable and flattens them into a list of tasks, intermingled with other obligations that should either be easily or dutifully completed. The end result is that everything, from wedding celebrations to registering to vote, becomes tinged with resentment and anxiety and avoidance. Maybe my inability to get the knives sharpened is less about being lazy and more about being too good, for too long, at being a millennial.”

“My refusal to respond to a kind Facebook DM is thus symptomatic of the sheer number of calls for my attention online: calls to read an article, calls to promote my own work, calls to engage wittily or defend myself from trolls or like a relative’s picture of their baby.”

The end-goal, of course, is to develop a proficiency with such method that it can be applied to contemporary anarchist praxis. This leads to the other overall goal…

2) To apply the above to our contemporary situation living in a cybernetic society.

I spent so much time talking about overall goal #1 because I have recently published a collection of notes that address this overall goal #2. One of the major issues for me with goal #1 is that all this research is going to provide very little direct commentary on what I’m calling the Cybernetics Question. In my opinion, the Cybernetics Question creates challenges to the institutional analysis that I don’t think the Left, nor anarchists belonging to it or distancing themselves from it, are adequately responding to. A recent guest on the Brilliant podcast, Andy Robinson does talk about a lot of these important challenges. Here’s a list of some of his work and also some of Feral Faun’s:

Democracy vs Desire: Beyond the Politics of Measure – Andy Robinson

Thinking from the Outside: Avoiding Recuperation – Andy Robinson

The Cybernet of Domination – Feral Faun

I really feel like I’m at an impasse until I am comfortable with the methods I’m trying to learn from goal #1. I have many opinions about many things, anarcho-drama included. But, that opinion is informed by a much more superficial understanding than I plan to develop over 2019 and beyond. Along with the works mentioned in the section on overall goal #1, I’m deeply studying works on existential psychoanalysis which include clinical practice, case studies, and contemporary approaches. Since I’m not an academic (my only degree is a GED), this isn’t anything I’ve been trained to understand and apply. It’s an uphill battle with my time-management and confidence. In the end, I truly think that I won’t be the only person to benefit from this and it’s my hopes that this work will produce a helpful contribution to anarchist thought and practice.