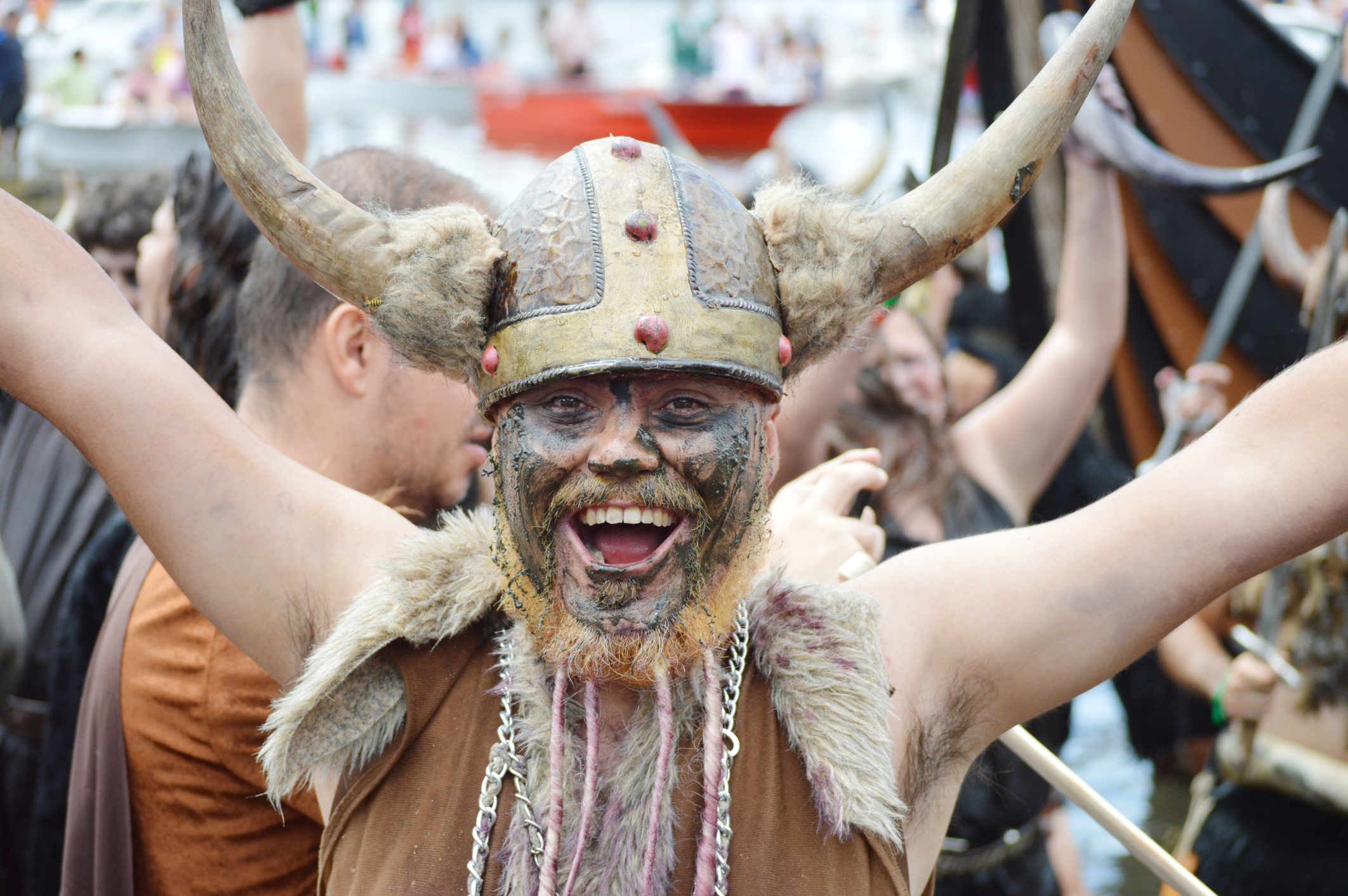 The iconic image of Vikings wearing helmets capped with horns, persistent in pop culture from Bugs Bunny to the logo for the Minnesota Vikings, is wrong according to new research.  ,

As detailed in a December study published in the peer-reviewed German journal Praehistorische Zeitschrift, researchers at Aarhus University in Højbjerg, Denmark have traced two horned helmets located in a Danish bog back to 900 BC, nearly two millennia before the Vikings emerged and embarked on large-scale raids throughout Europe around 800 CE.

The helmets look similar to what we’ve come to associate with Vikings: They’re made of bronze, decorated with structures that look to researchers like eyes and a beak, and are topped with two s-curved horns. They were likely used to convey “extraordinary agency, suggesting that their wearers wielded power, whether perceived as god, human or something in between,” the paper notes.

A peat worker discovered the two helmets in 1942 in Veksø, a small town in eastern Denmark—they were covered in mud and sat atop a wooden slab. They’ve since been housed at the National Museum of Denmark, where experts speculated they were from the Nordic Bronze Age, when regular trade of metals throughout Europe became commonplace.

But dating metal is difficult, and it wasn’t until 2019, when a researcher spotted a piece of tar atop one of the horns that dating them fell within the realm of possibility. Vandkilde and her team used radiocarbon dating on material from inside the horns and confirmed experts’ previous speculation, estimating that the helmets were likely created between 1006 and 857 BC and 976 and 907 BC.

"For many years in popular culture, people associated the Viksø helmets with the Vikings," Helle Vandkilde, an archaeologist at Aarhus University in Denmark and first author on the paper, told Live Science. "But actually, it’s nonsense. The horned theme is from the Bronze Age and is traceable back to the ancient Near East."

The trope of Vikings wearing horned helmets is a relatively recent invention. It was first established in the late 1800s with the costume design for a production of Wagner’s Ring Cycle, according to a 2000 article by Yale scholar Roberta Frank called “The Invention of the Viking Horned Helmet.” It was reproduced endlessly from there, becoming a cliché that persists today even as recent Viking media has tended toward more grounded portrayals, sans horns.

The helmets the researchers analyzed were most likely transported around Europe on trade routes like those made by the Phoenicians, a group of seafaring traders who inhabited the coast of Levant, in the Mediterranean Sea around 1000 BC, the researchers say. They were also never used for battle, Vandkilde told Live Science; rather, they were likely used as a symbol of political authority at a time when the control of metals signalled economic and cultural power.

“Those leaders must have used religious beliefs and innovative traits, like the horns, to further their power," she said.