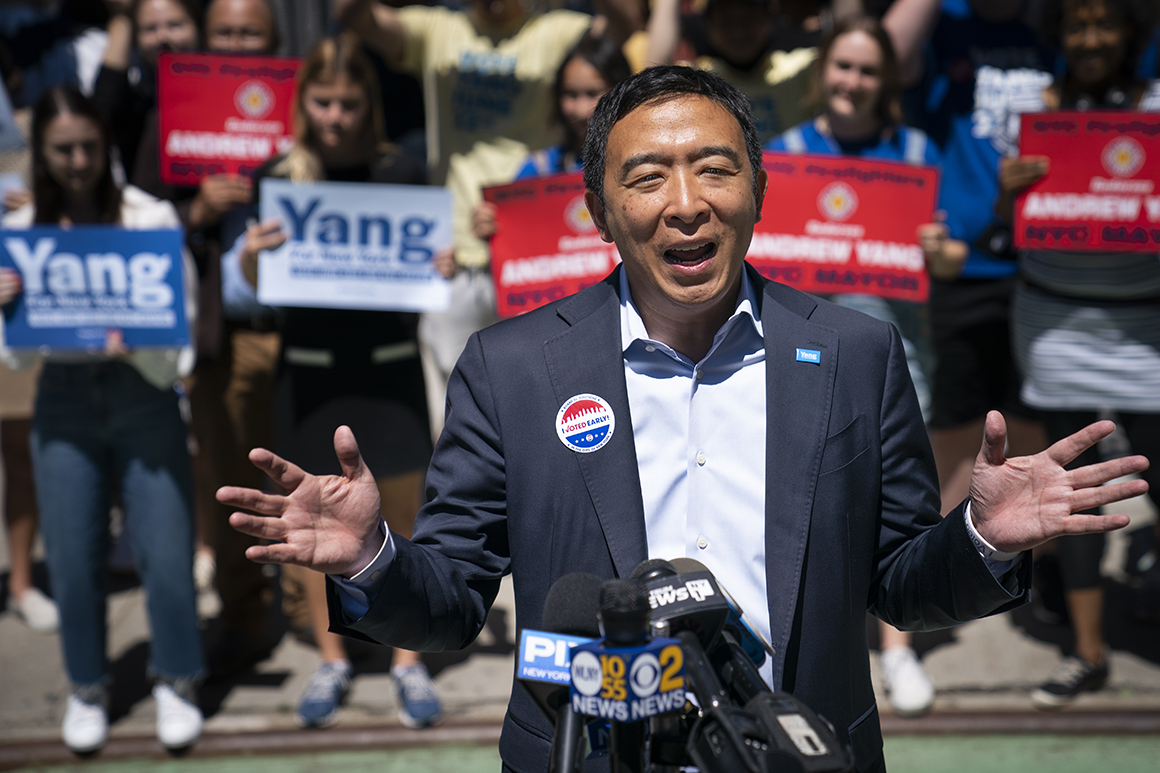 “I’ve been a Democrat my entire adult life,” Yang wrote in a blog post explaining his decision. “And yet, I’m confident that no longer being a Democrat is the right thing.”

Yang said he had first joined the Democratic Party in the 1990s in support of President Bill Clinton’s reelection bid. Yang wrote that doing so was “a no-brainer to me” at the time but said that he felt it was “something of an odd fit between me and the Democratic Party.”

“Breaking up with the Democratic Party feels like the right thing to do because I believe I can have a greater impact this way,” he wrote. “Am I right? Let’s find out. Together.”

POLITICO reported early last month that Yang plans to form a third party following his experiences running as a Democrat and what he sees as the failures of both major political parties to address the needs of Americans.

Yang is set to release a book titled “Forward: Notes on the Future of Our Democracy” later this week. His nascent third party will carry a similar name, the Forward Party, according to several reports based on his book.

Yang said that his new focus is on promoting adoption of open primaries and ranked-choice voting, which New York City and several other cities have instituted in recent years. He said he believes those reforms would “give voters more genuine choice and our system more dynamism.”

Still, he said that he is not urging others to follow his lead in switching their party registration given that it could lock people out from participating in partisan primaries in many areas.

Yang first gained attention early in the 2020 Democratic primary campaign for making universal basic income his signature issue, as well as a smattering of other heterogeneous positions. He then sought to use the national media attention he garnered during that race to springboard into contention in the New York City mayoral race, and even became a frontrunner for a time before fizzling out and finishing fourth in the Democratic primary.